Skip to content
Formula 1 teams logistically have two types of infrastructure when traveling to an event. A motorhome for the European Grand Prix that can be easily moved by road and other infrastructure that can be moved by air and transported to races outside of Europe. In this photo report we will reveal all the aspects of the European version of the F1 paddock, when the teams bring their gigantic infrastructures by truck.

Motorhomes allow team members to come and rest, drink and eat. It is also the place that hosts the drivers’ press conference after each day of the Grand Prix, around a table. Interviews are also held here.

If in the past, in addition to being open to certain guests and VIPs, the motorhomes welcomed journalists with great pleasure, this is no longer the case, however, especially with limited budgets where every penny counts.

Ferrari and McLaren traditionally had the biggest infrastructure. But for several years now, Red Bull has been pulling off the ground at every European Grand Prix Red Bull station. A motorhome for both teams in the Red Bull family, including Alpha Tauri. It is the largest of the paddock buildings. He was brought in by Red Bull for the first time in 2018. 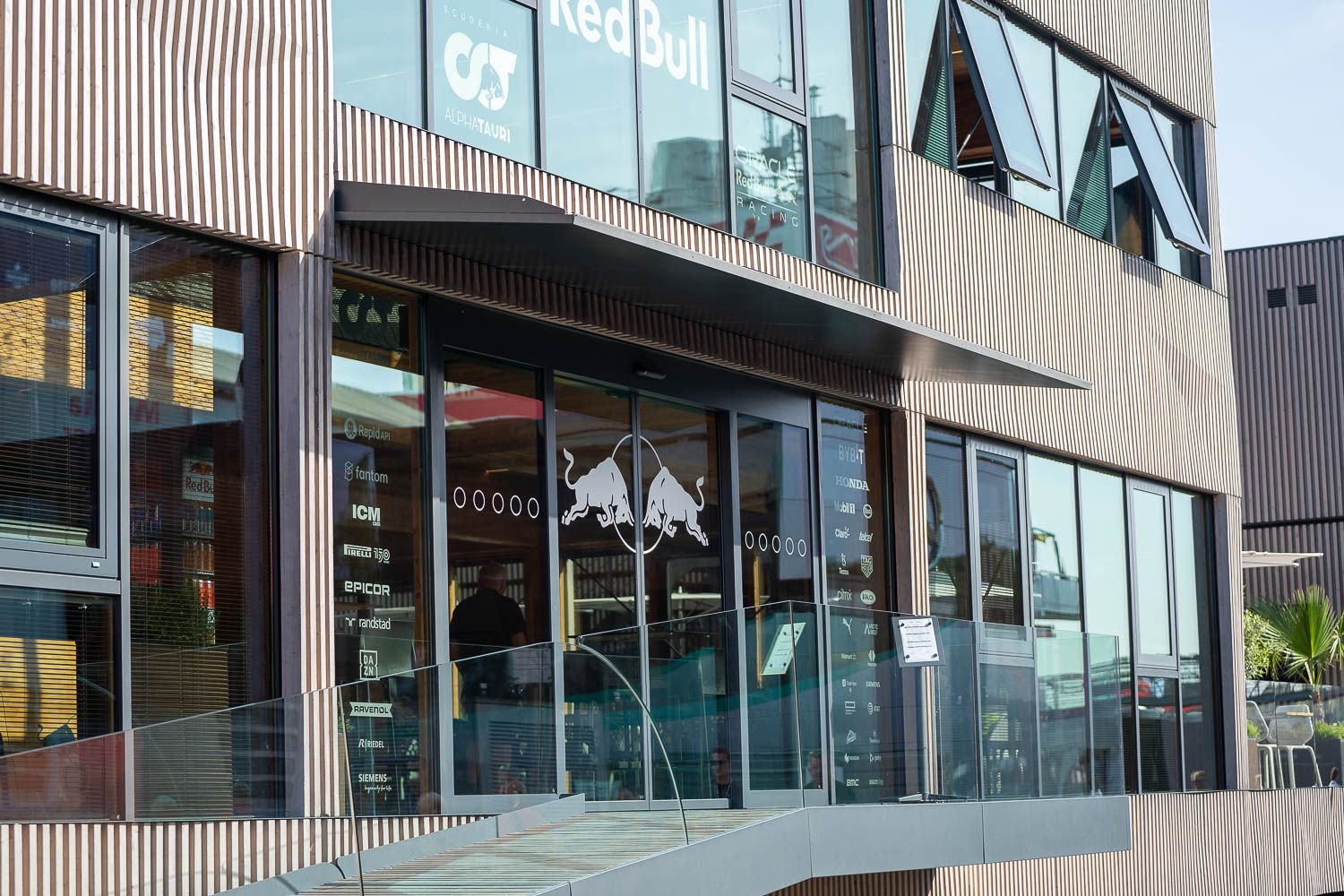 In front of each of the motorhomes are other buildings. These are often side-by-side trucks that allow equipment to be stored between RVs and garages and therefore more easily accessible to mechanics. These trucks are also the nerve center of the teams where drivers come to discuss strategy and improve their performance after each test session.

Red Bull has its own space, separate from Alpha Tauri this time. In fact, without more practicality, their motorhomes are located opposite the respective garages. Red Bull and Alpha Tauri are separated in the pit lane, it is logical that those in the paddock too. 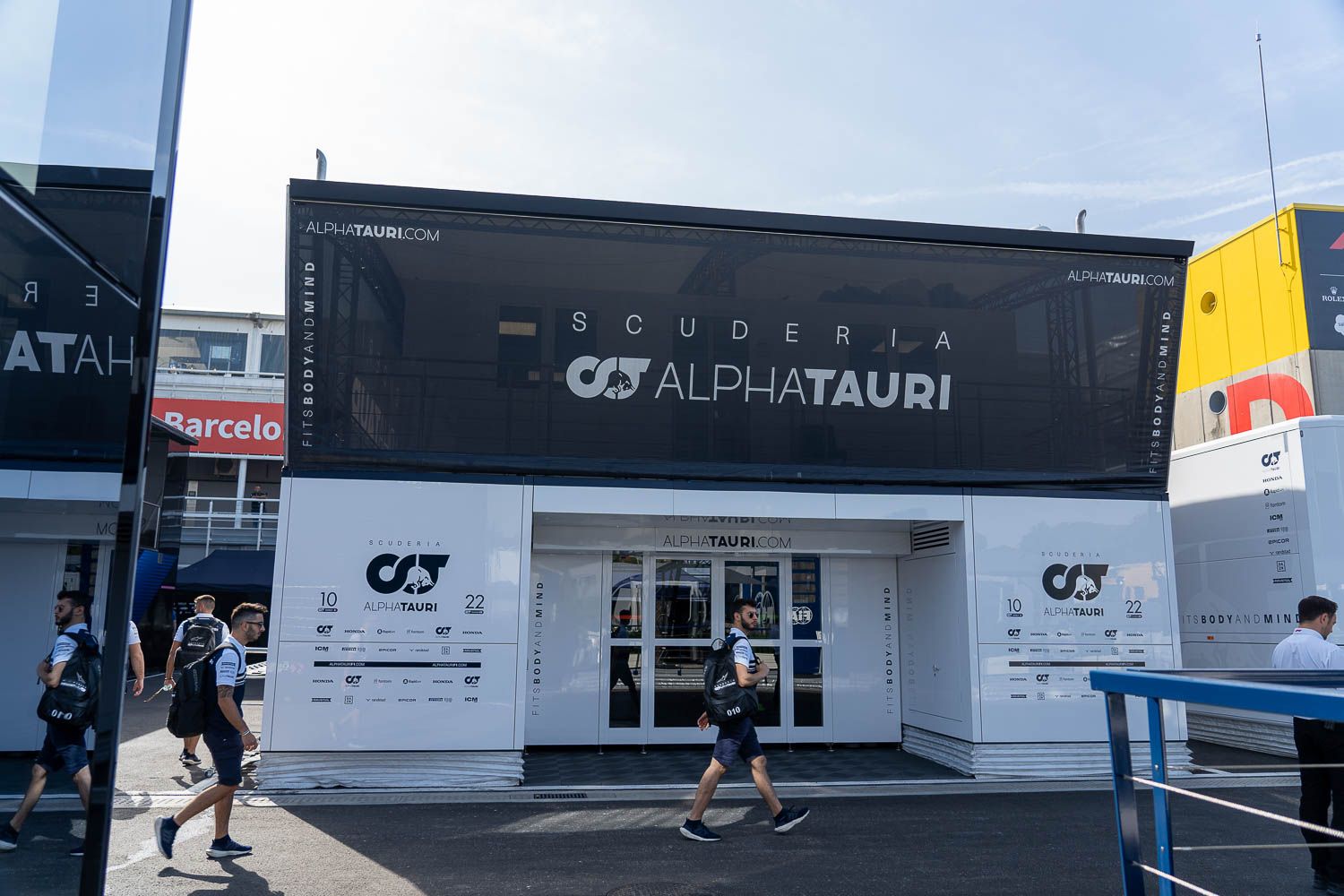 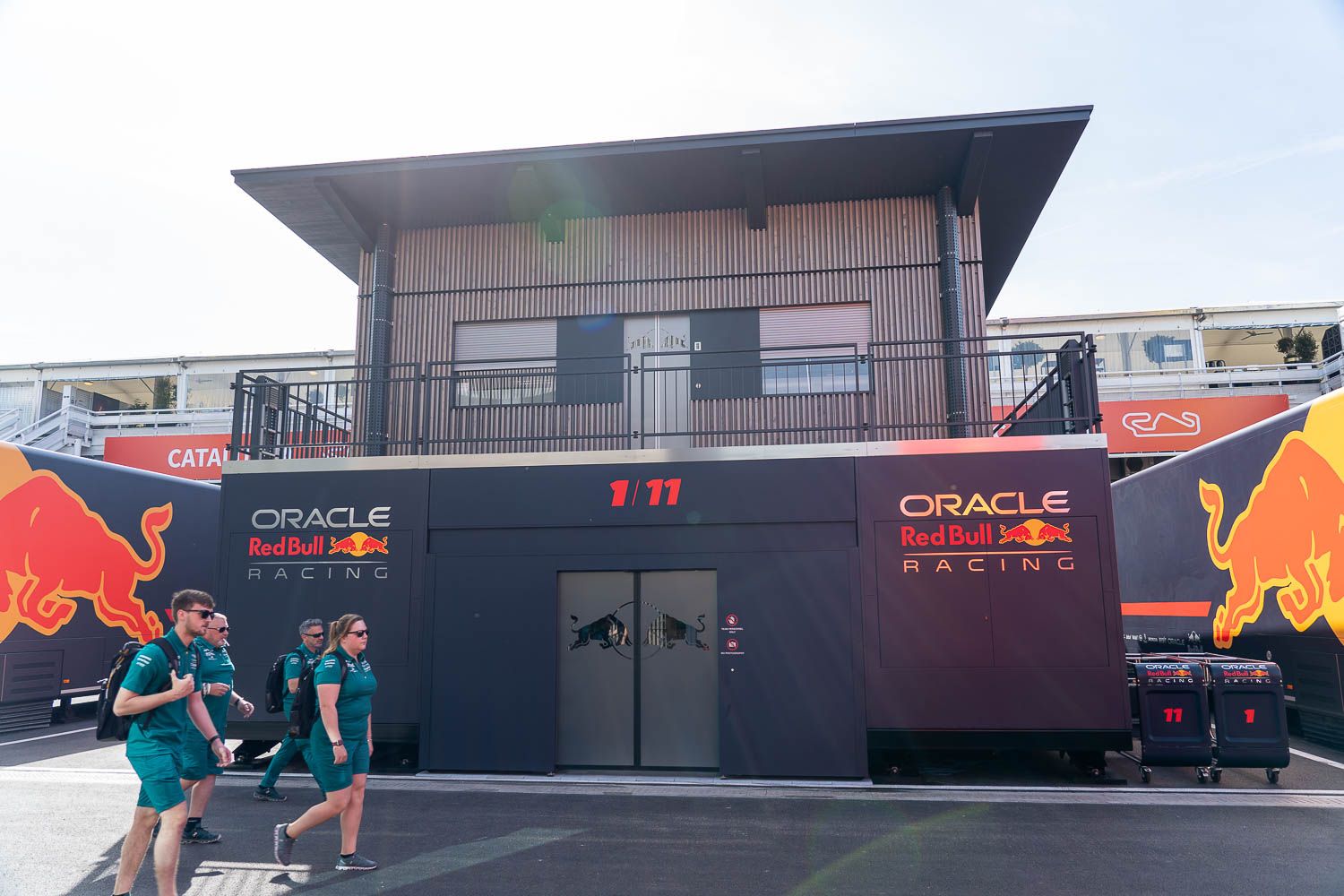 Half as long but just as tall, Ferrari’s building is starting to age, unlike McLaren’s which just opened this season.

Here are the Ferrari Motorhomes head to head: 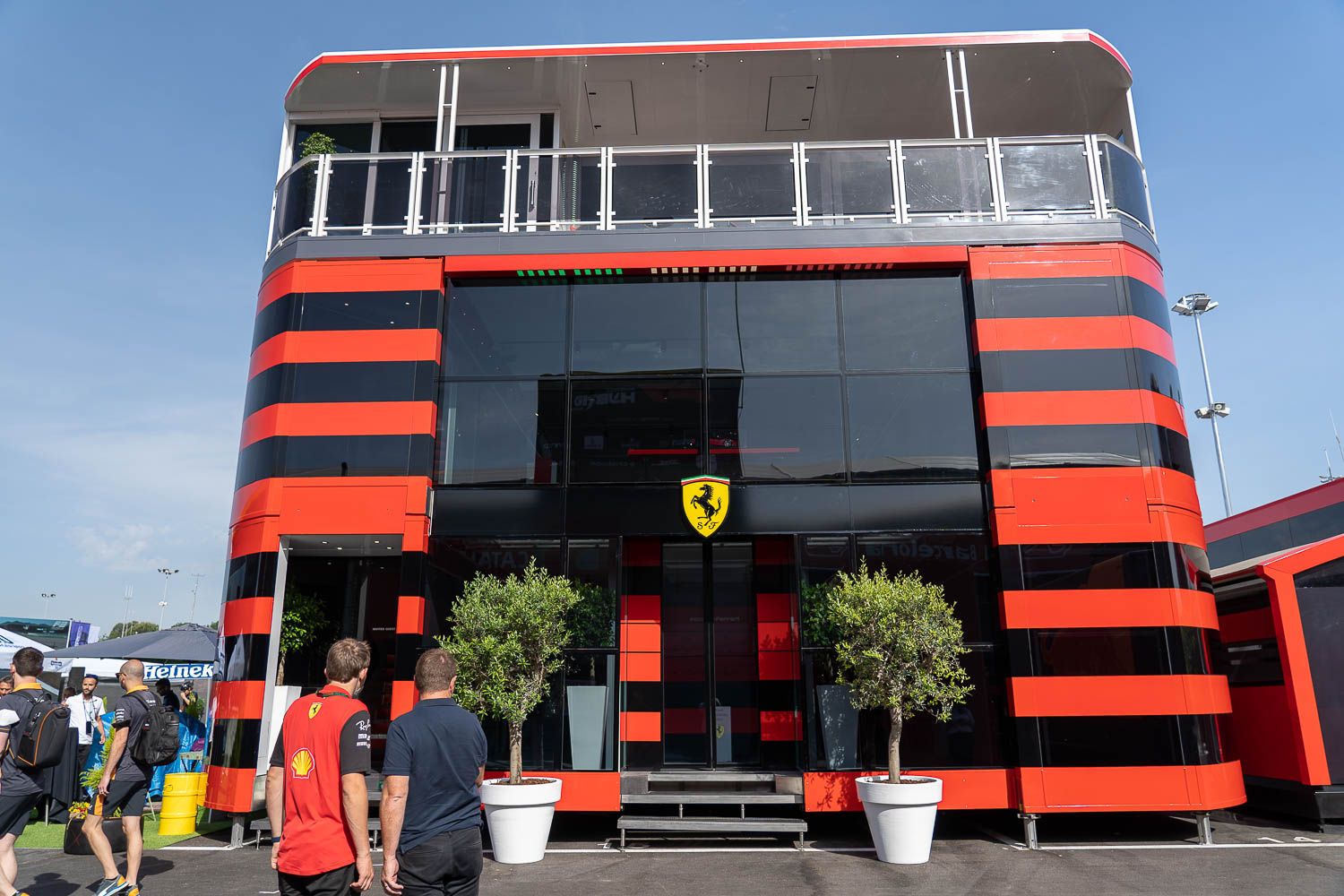 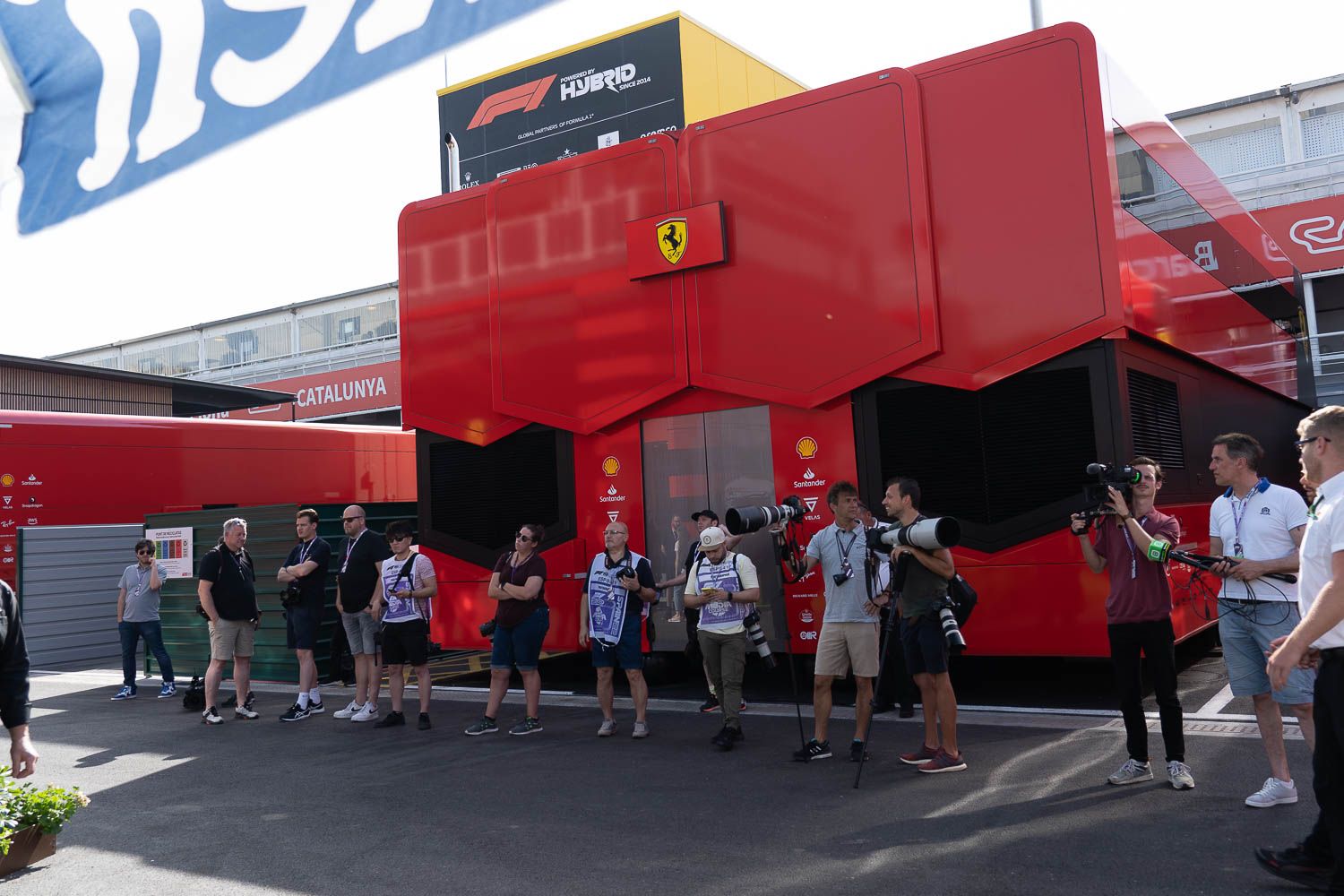 It should be noted that motorhomes are organized in the same order as garages. The first motorhome at the paddock entrance is that of the championship winning team in 2021. Mercedes is therefore the first of the buildings and is far from the most imposing. Smaller than its predecessor, this motorhome is arranged like a small house, with two private terraces that give it a very fragile appearance, contrary to the usual German designs and the Austrian high-rise. Is the light right? 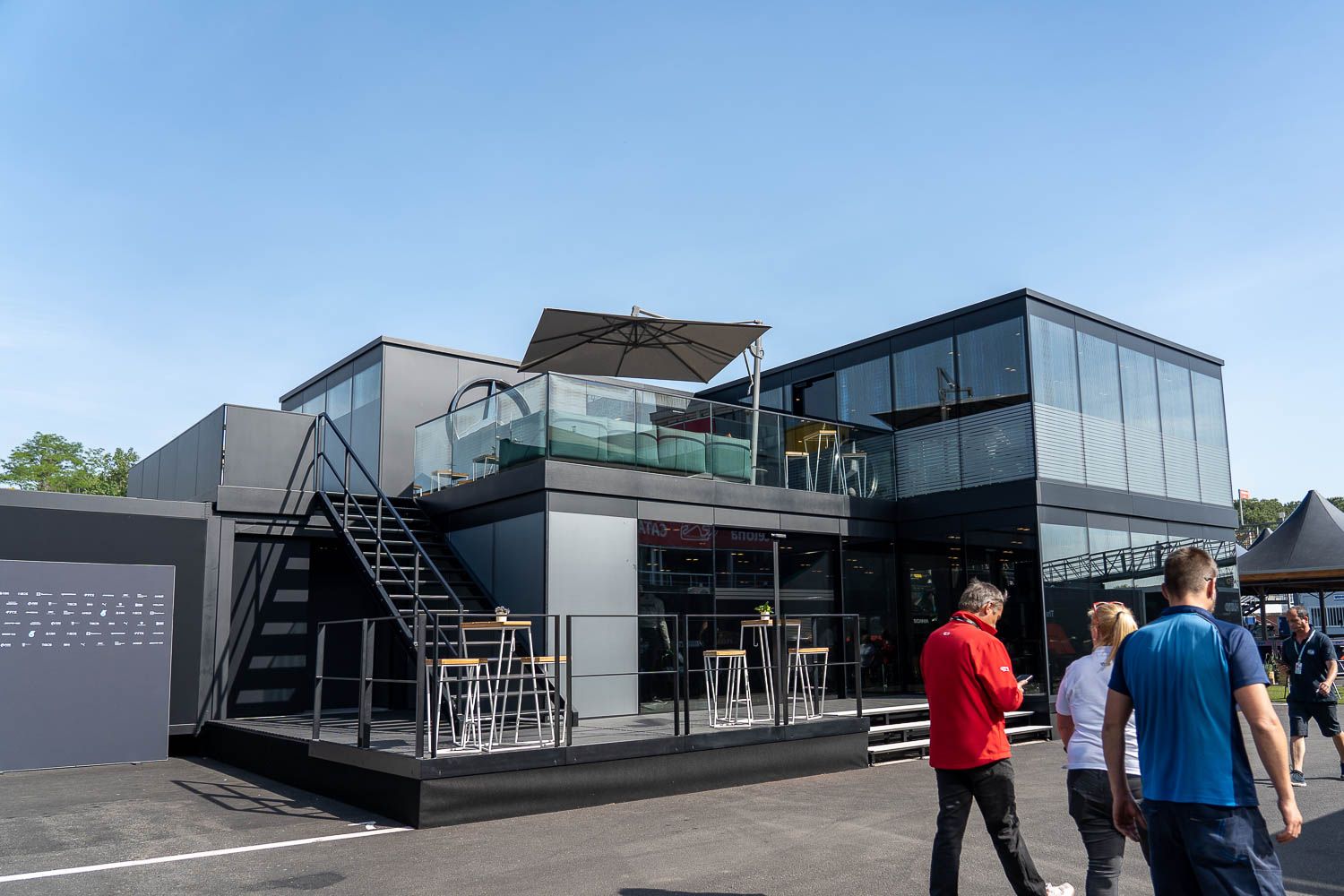 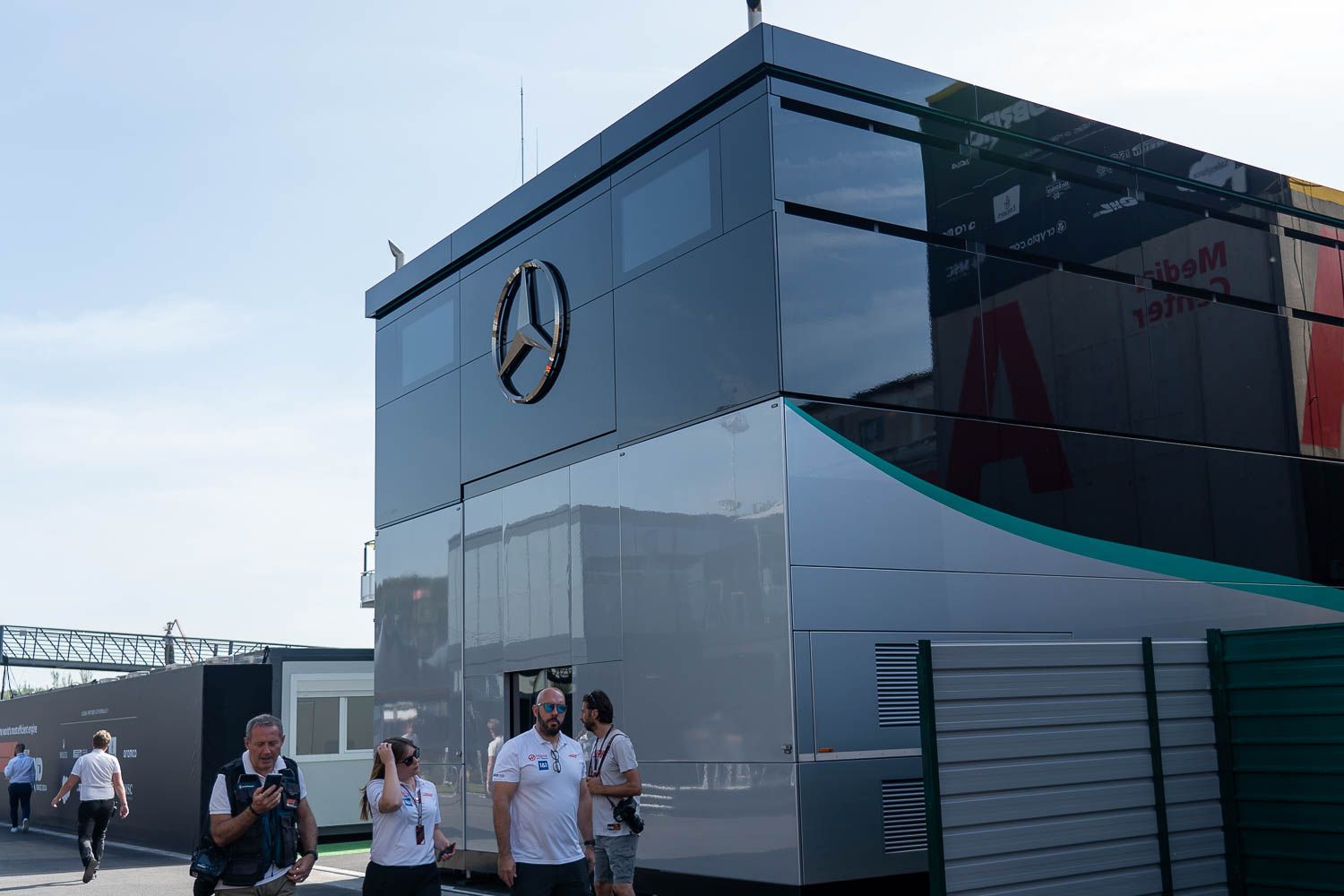 Materials are trucked to every European Grand Prix except Baku. This involves tons of materials to move, many hours of assembly and disassembly. So, with the limited budget, Mercedes may have made a wise choice by saving on logistics. This is not the case with the official F1 motorhome. Formula 1 has always been present in the paddock, but until then there were only one or two trucks sitting in the paddock next to the FIA. This season, F1 has its jewel in the middle of the paddock. Arguably one of the tallest buildings in the paddock, it stands out even more at night with its huge illuminated F1 logo giving us the impression of being on a busy street in New York or Las Vegas – or a theme park … 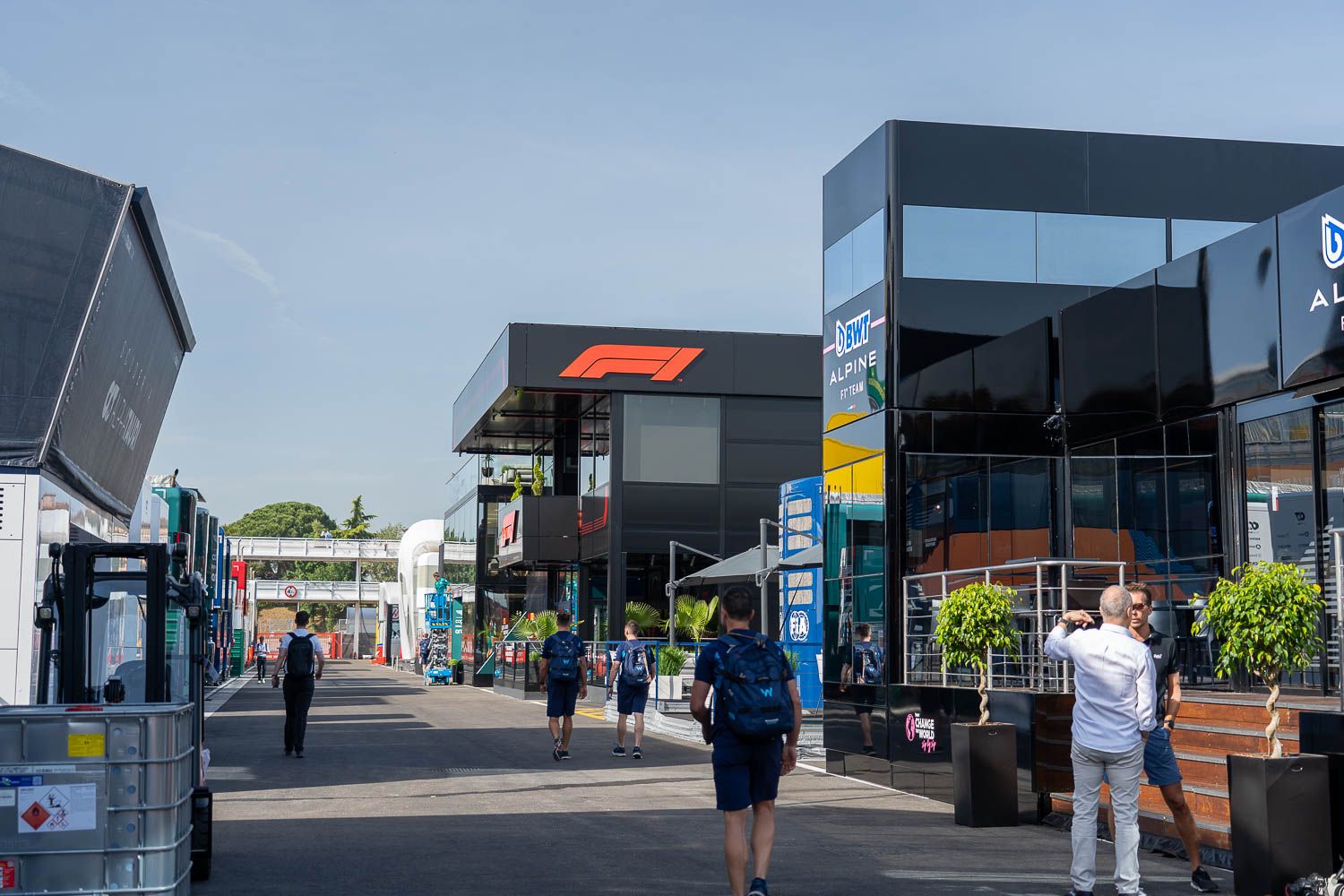 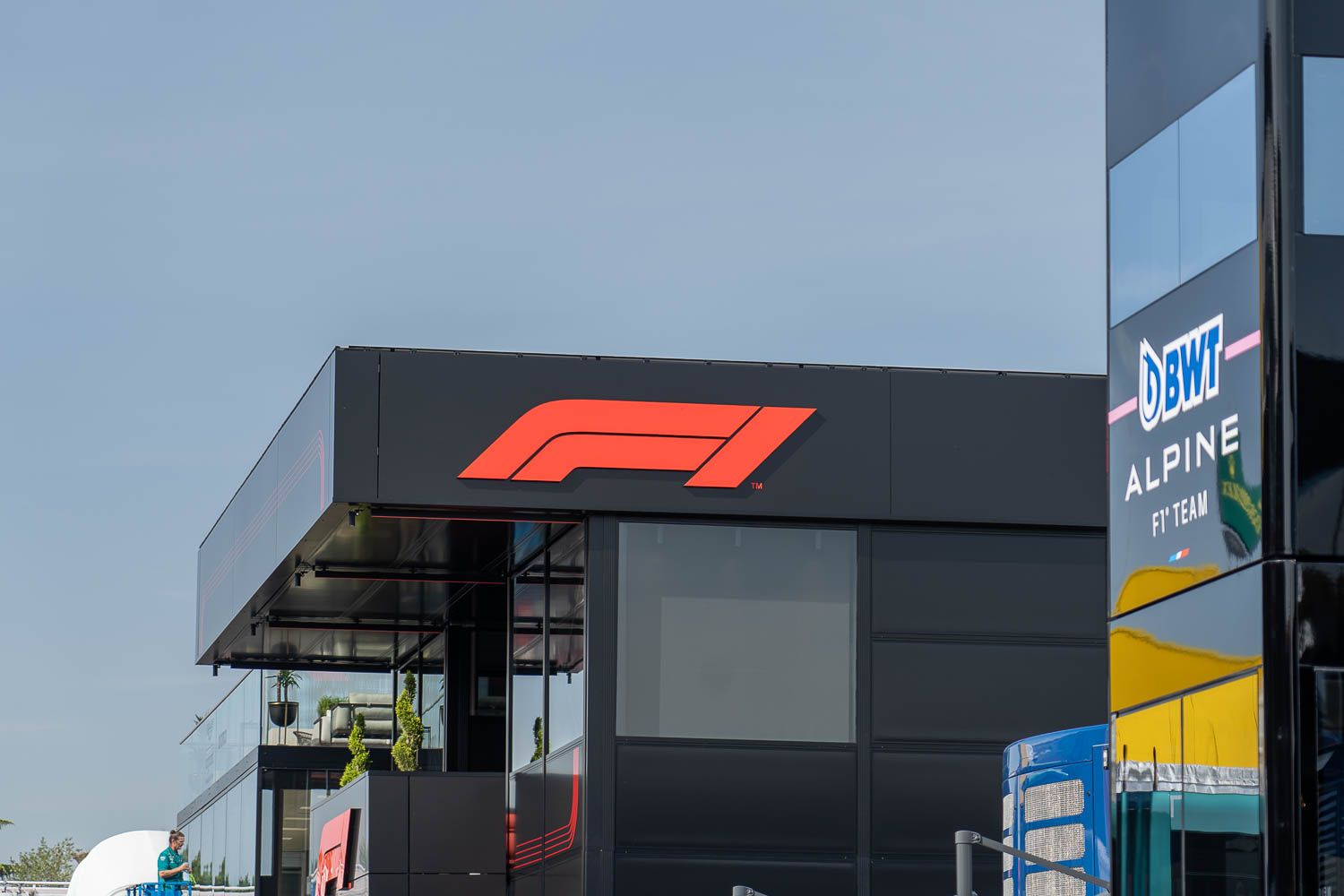 The FIA ​​also has its infrastructure. More discreet and installed right next to the F1, it allows you to meet and talk with more or less discretion. This is witnessed here by the director of the FIA, Mohammed Ben Sulayem in front of our photographer. 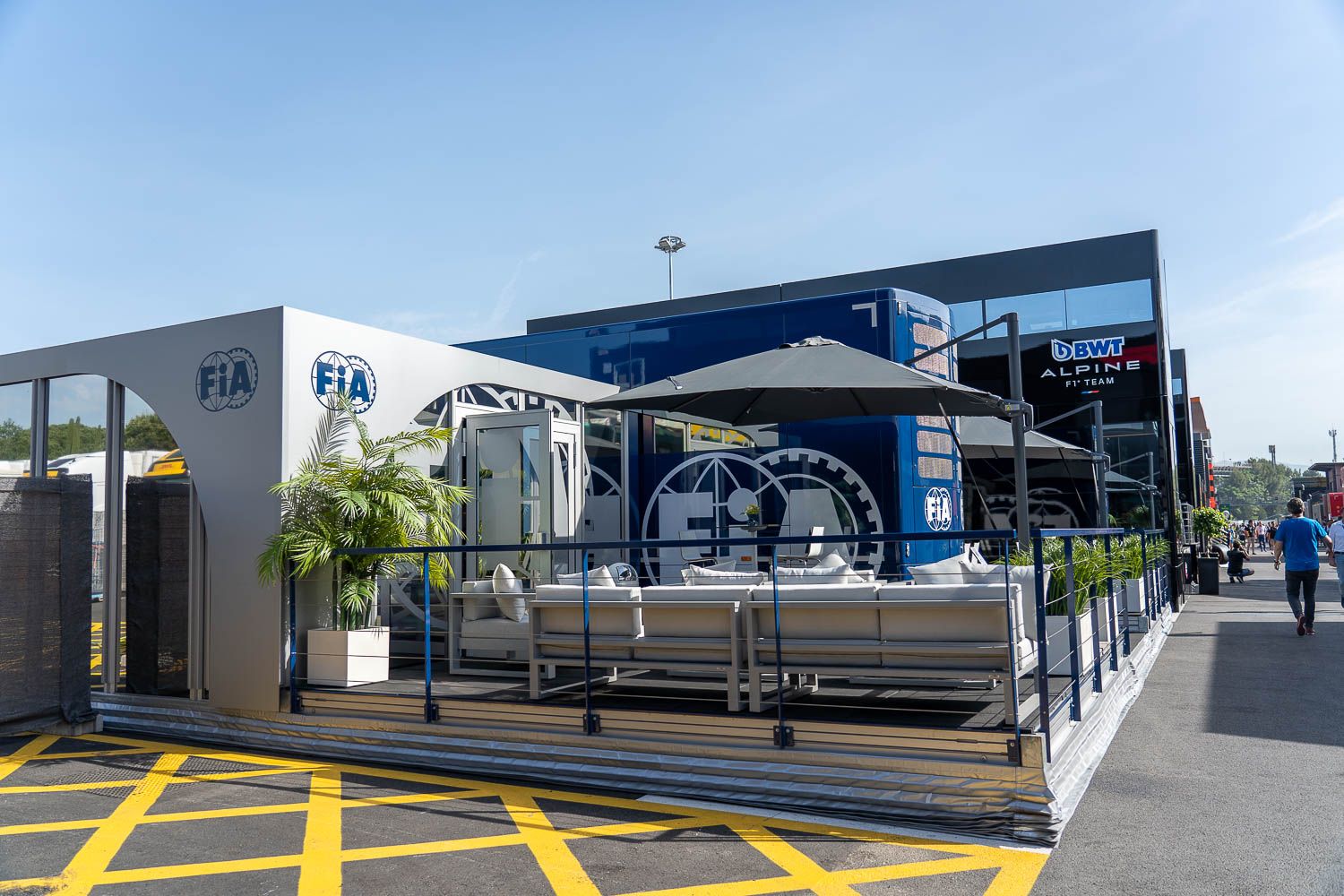 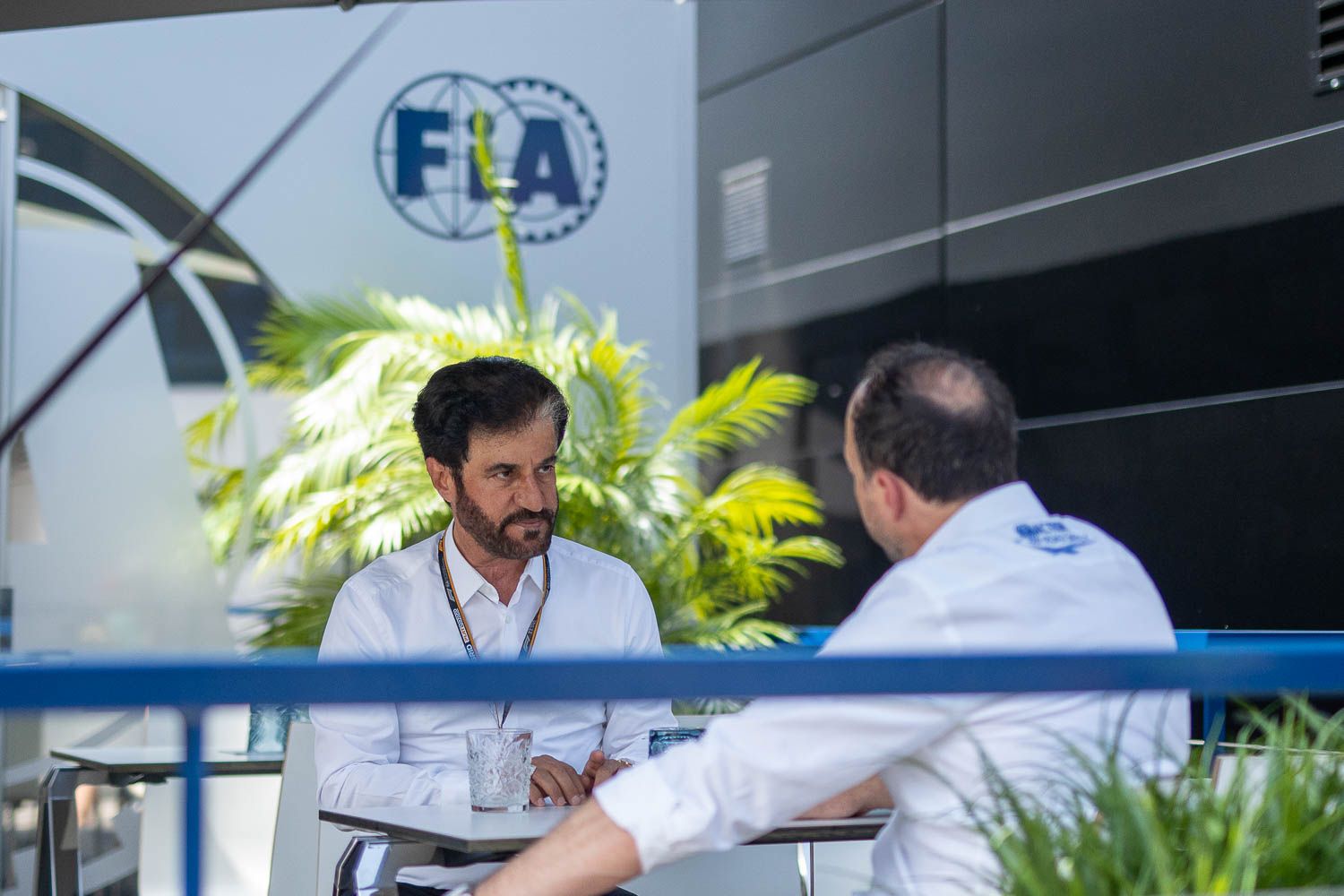 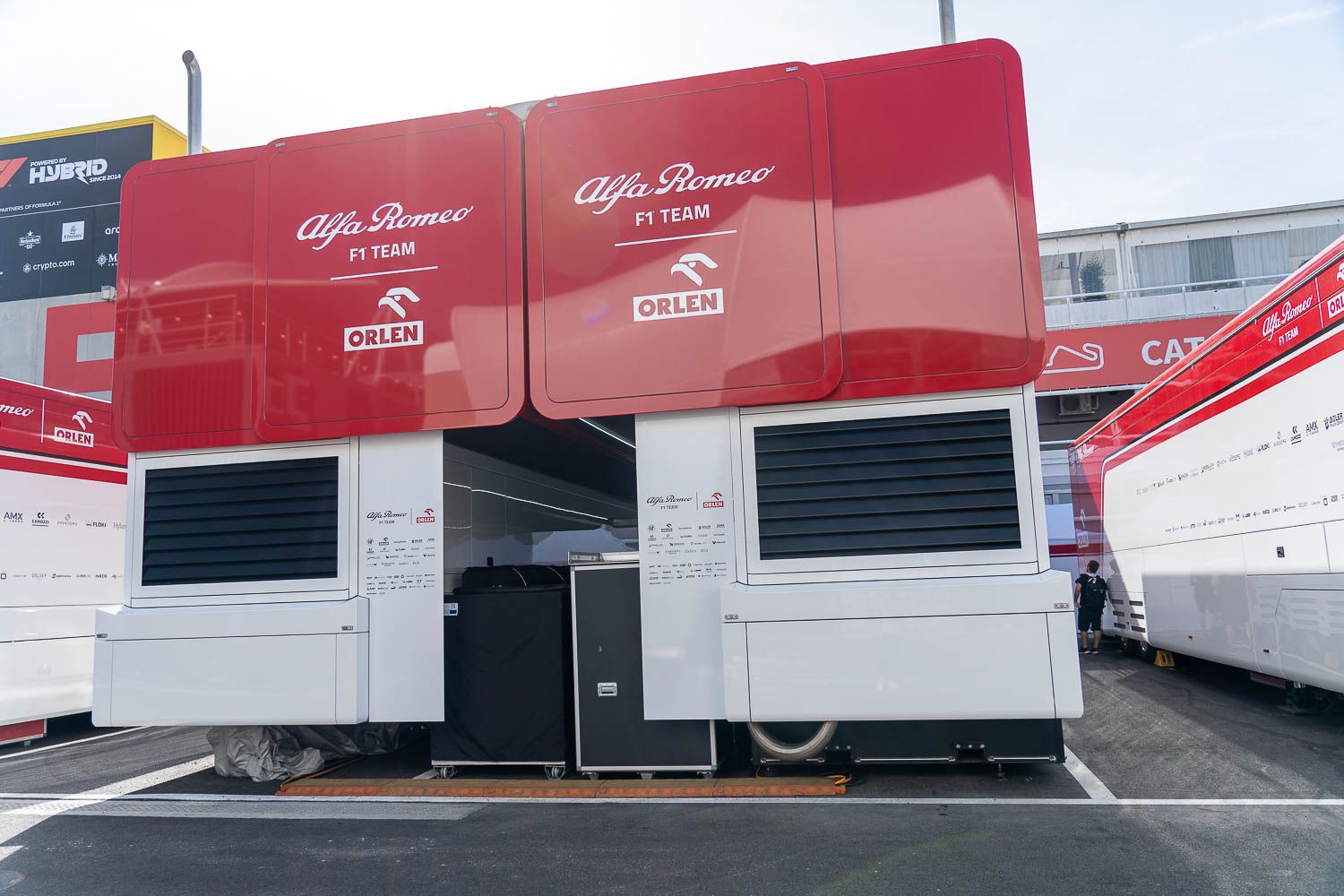 Along with Alpine’s, Alfa Romeo has one of the oldest motorhomes known to the paddock. The Italian team has reclaimed the Sauber infrastructure and factory and is still based at Sauber in Hinwil, Switzerland. It’s a huge tarp stretched between two trucks. 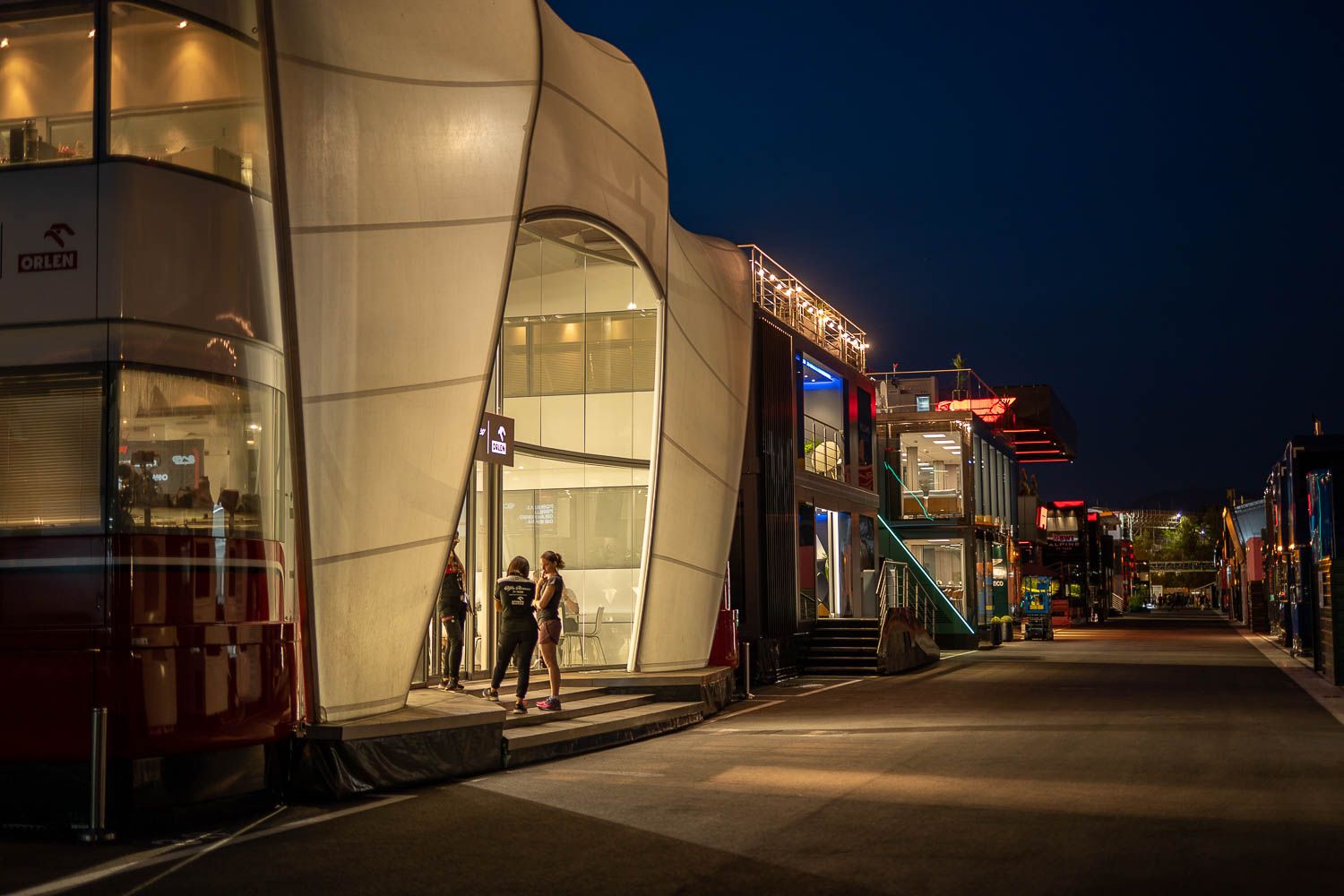 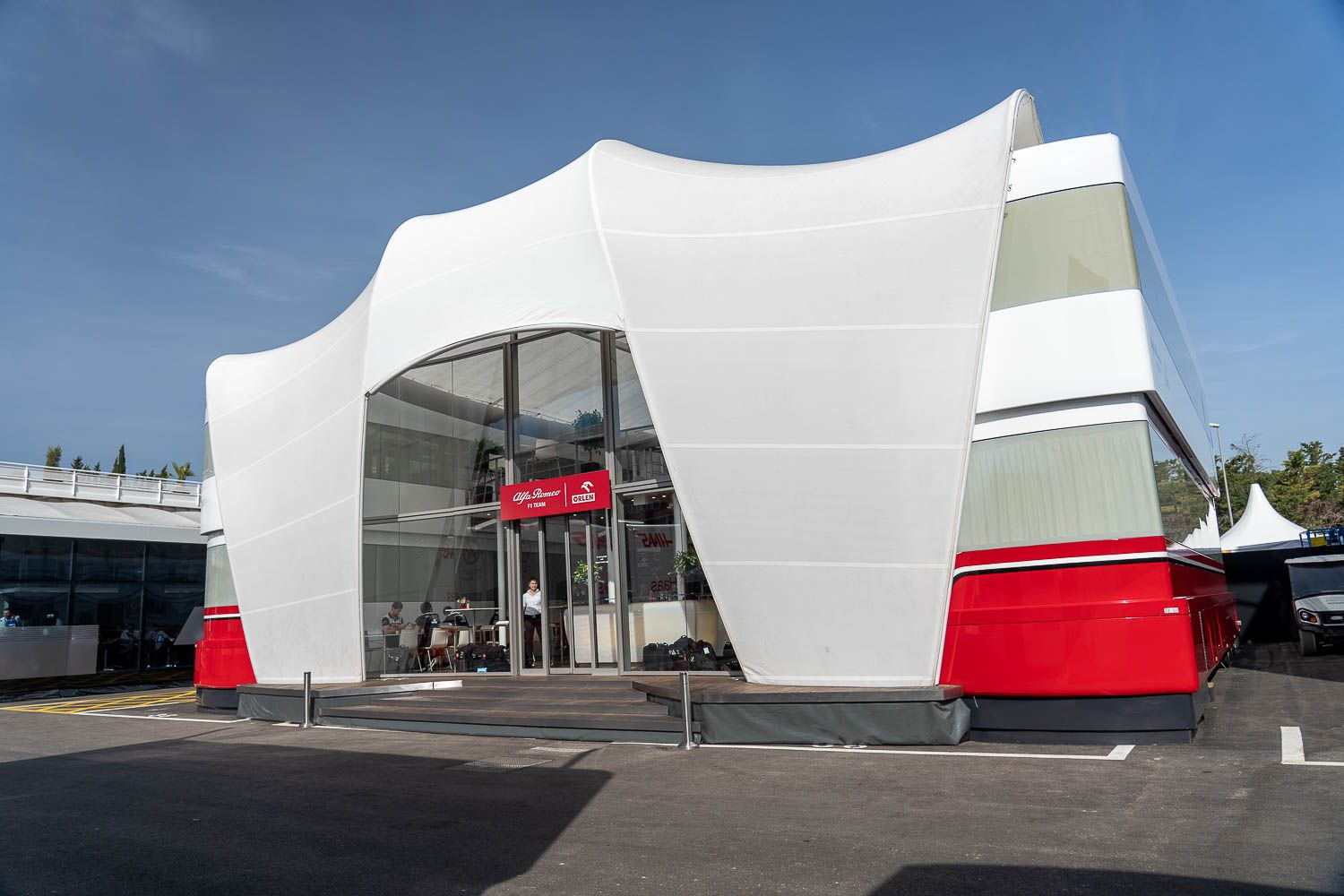 The Alpine motorhome is the same one that Renault already had when it bought the team from Lotus. Lotus had inherited it from Renault itself and it entered service in 2010… So nothing spectacular, but in the end 2022 isn’t that the right vision? 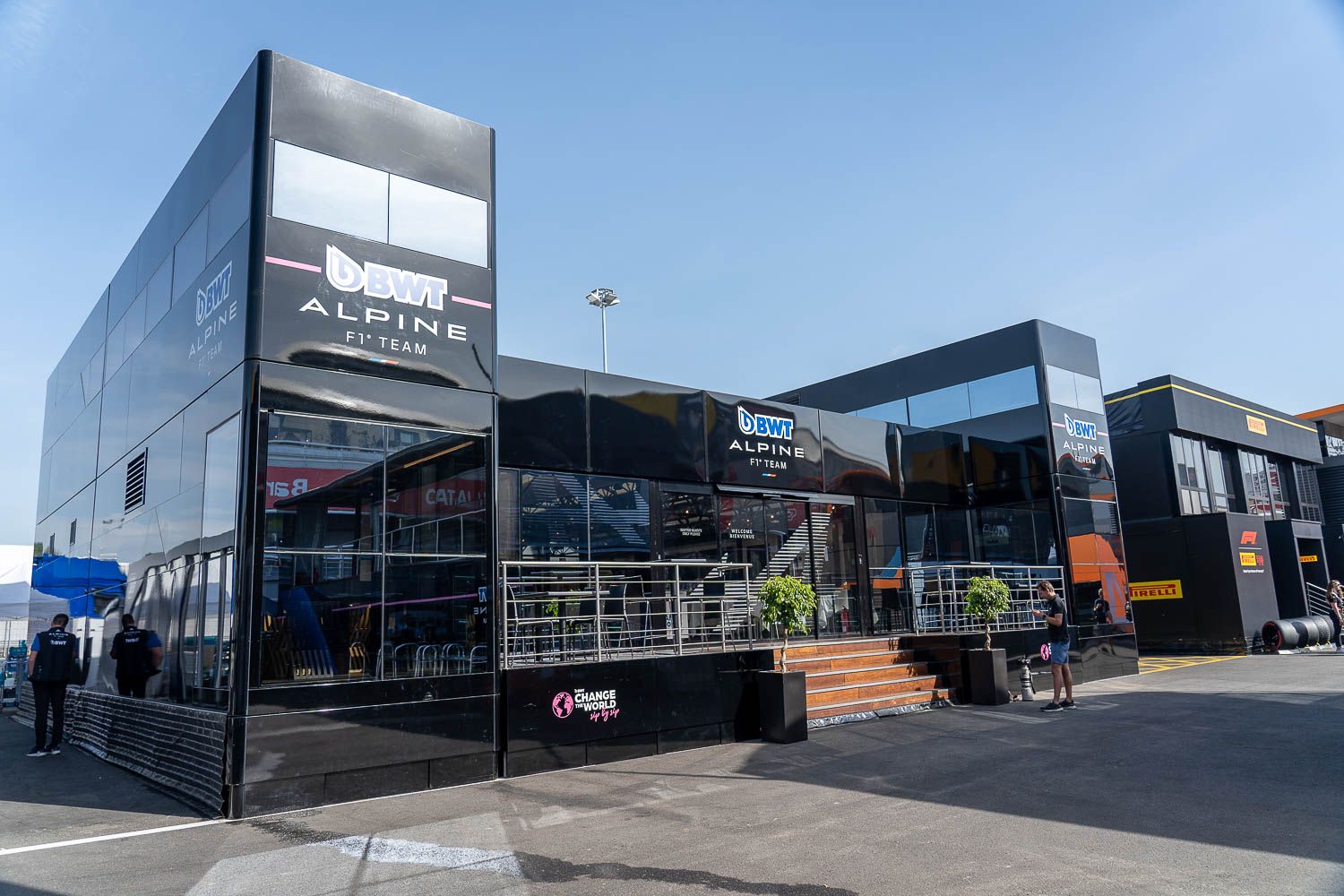 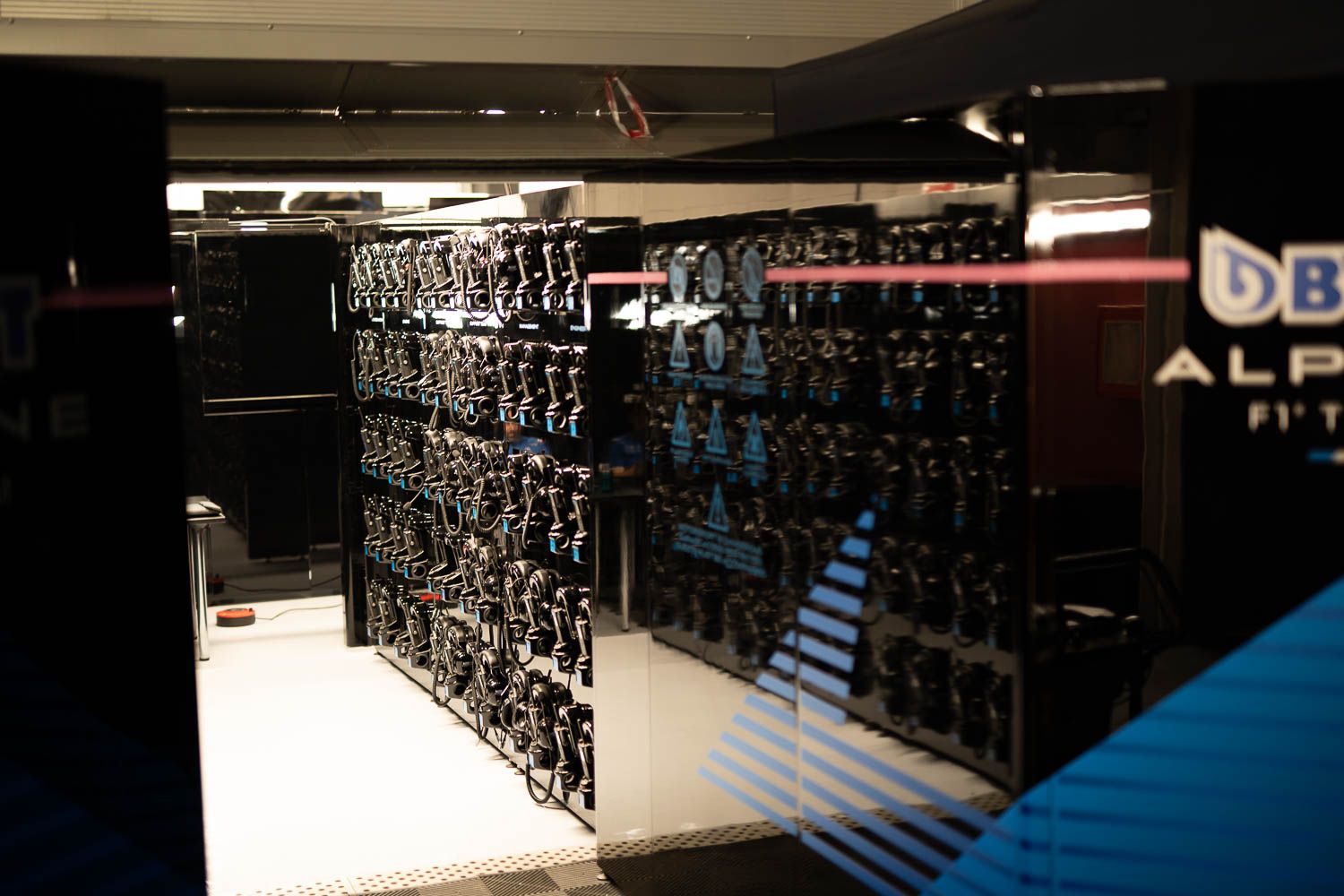 Aston Martin and Williams motorhomes are fairly recent. Large, glazed, they impose on the paddock in 2022 much more than in the past. A desire to create a strong image? 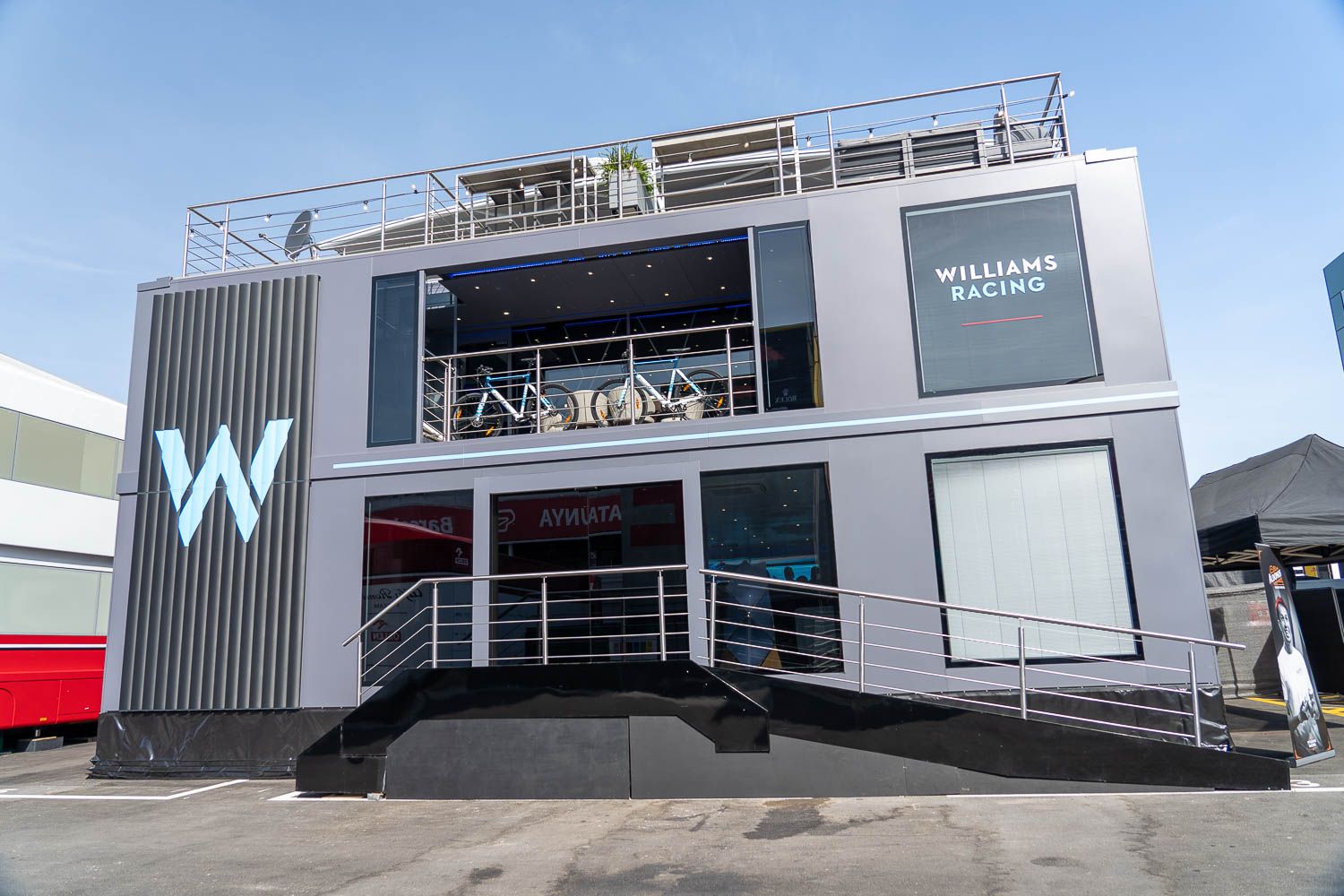 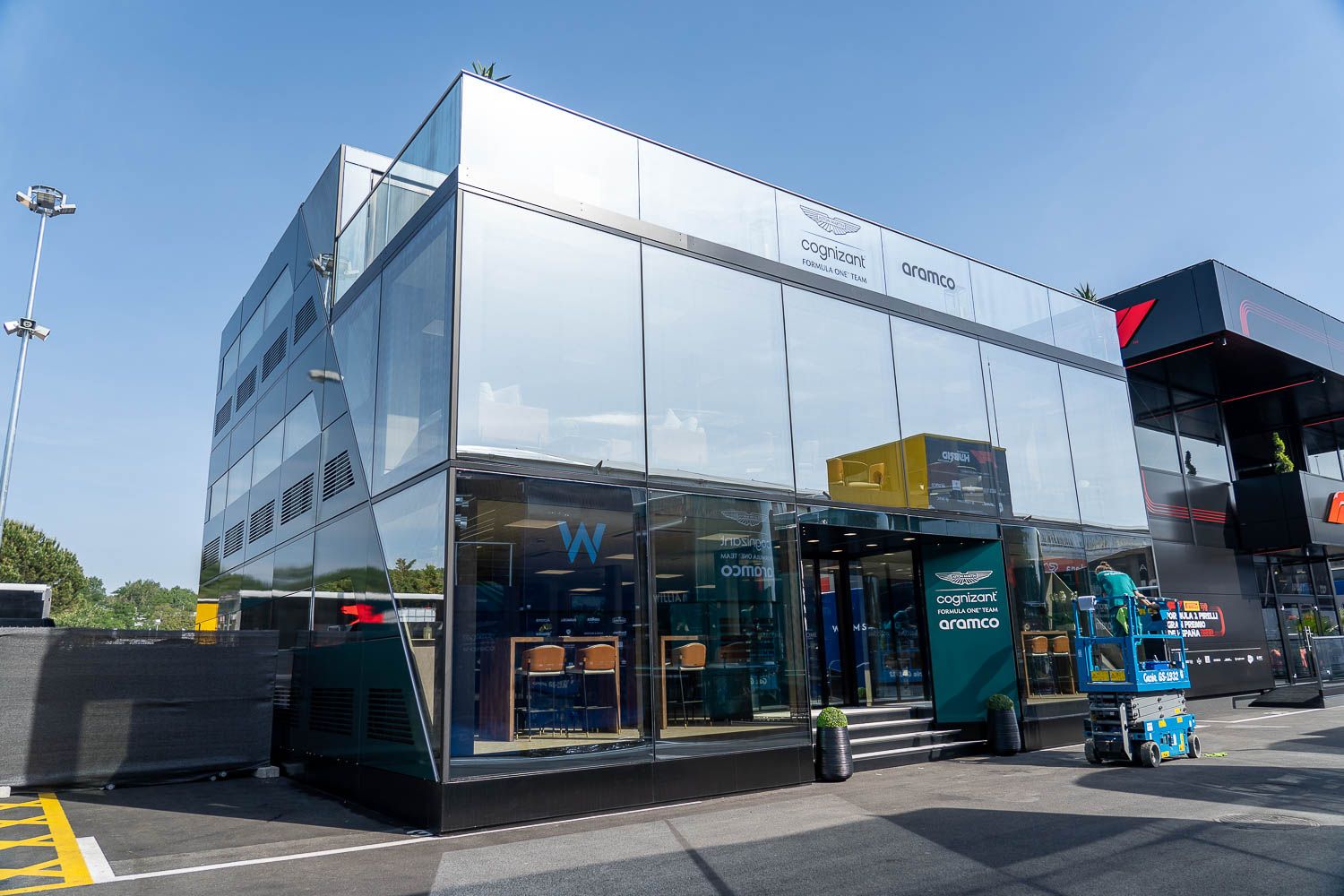 McLaren probably has the second motorhome in terms of length. It’s new and awesome. Even the storage space, on the side, is large. 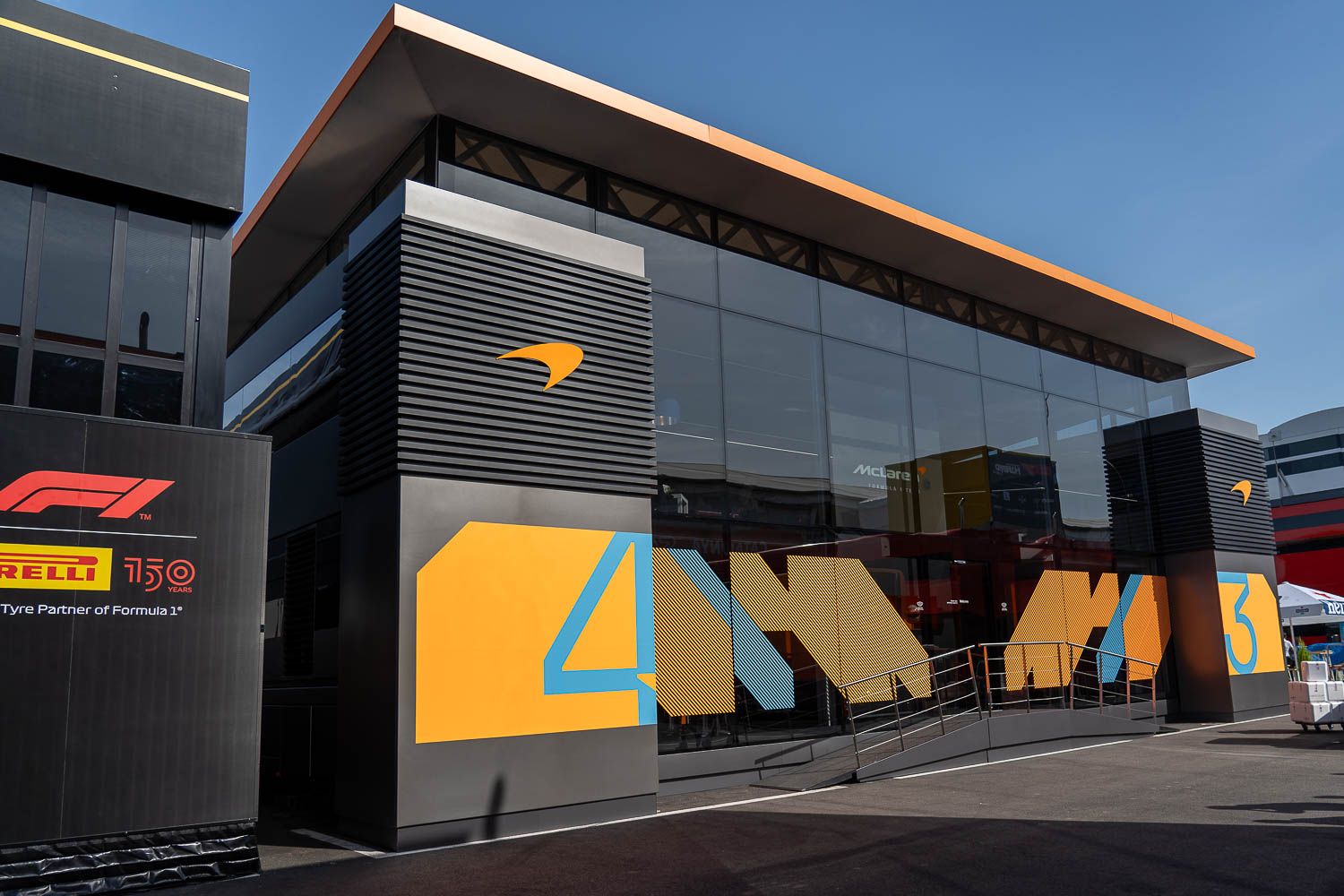 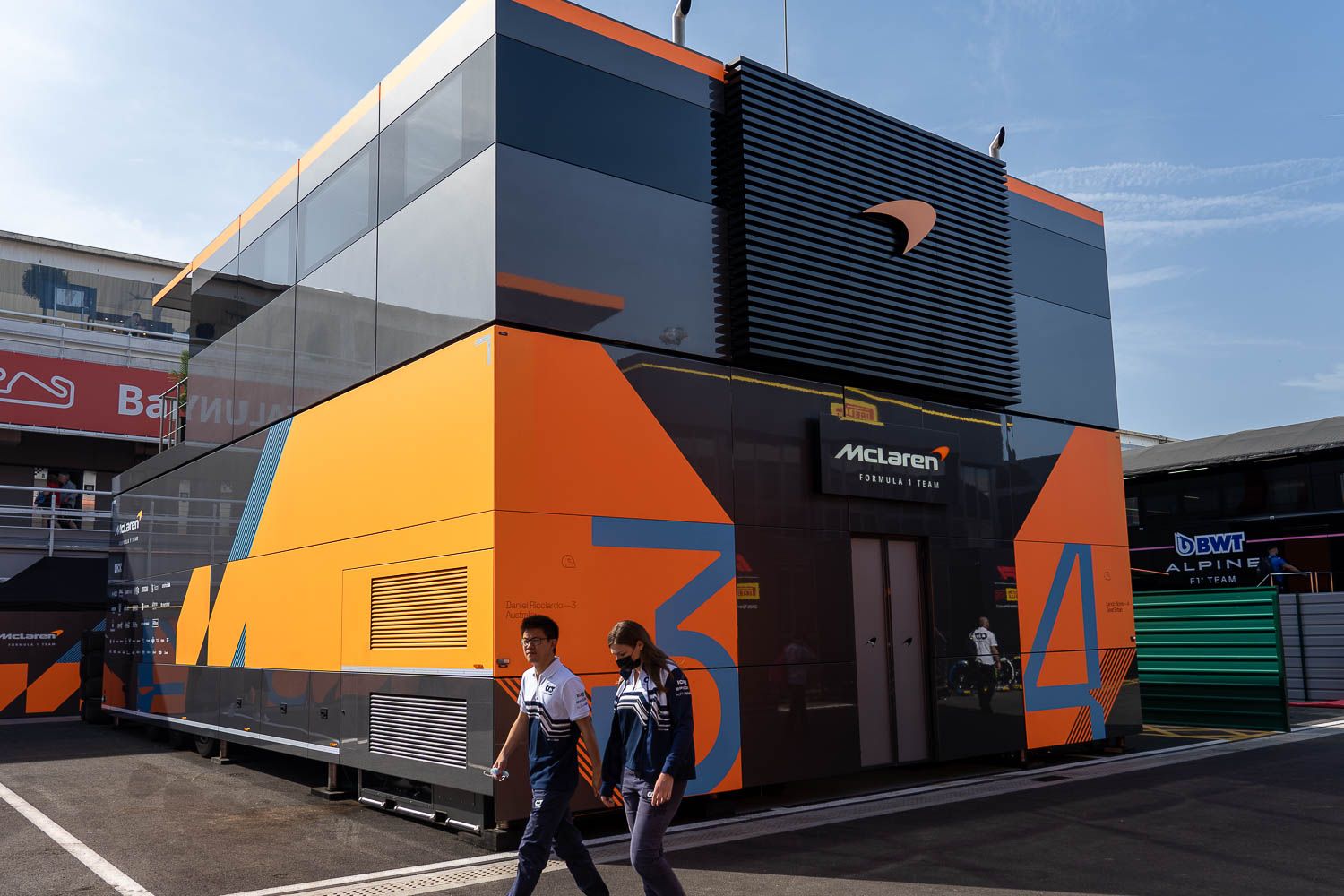 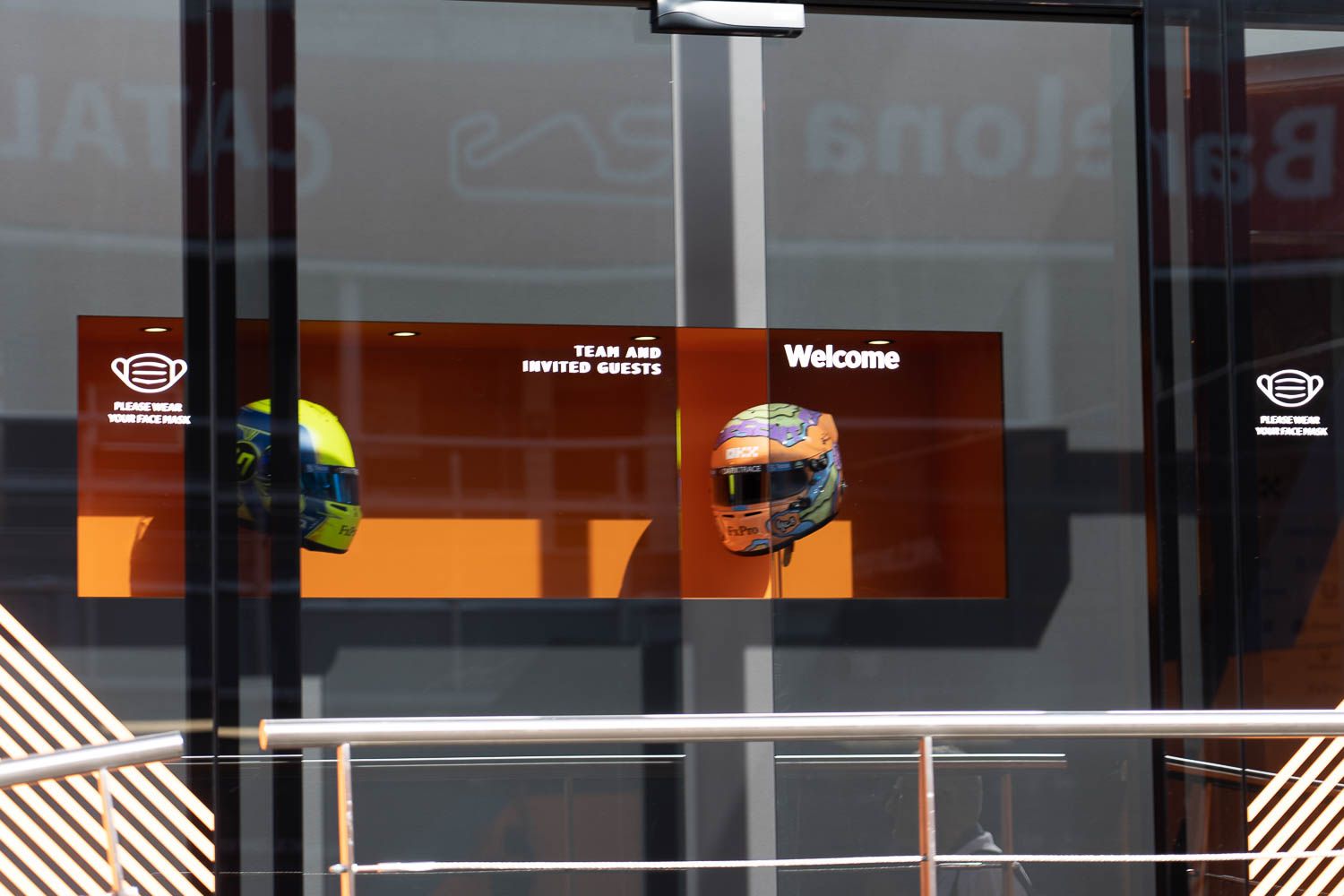 Finally, we finish with Haas, owner of the most discreet motorhomes among the F1 teams. The team also has fewer employees, so ultimately why ask for more? 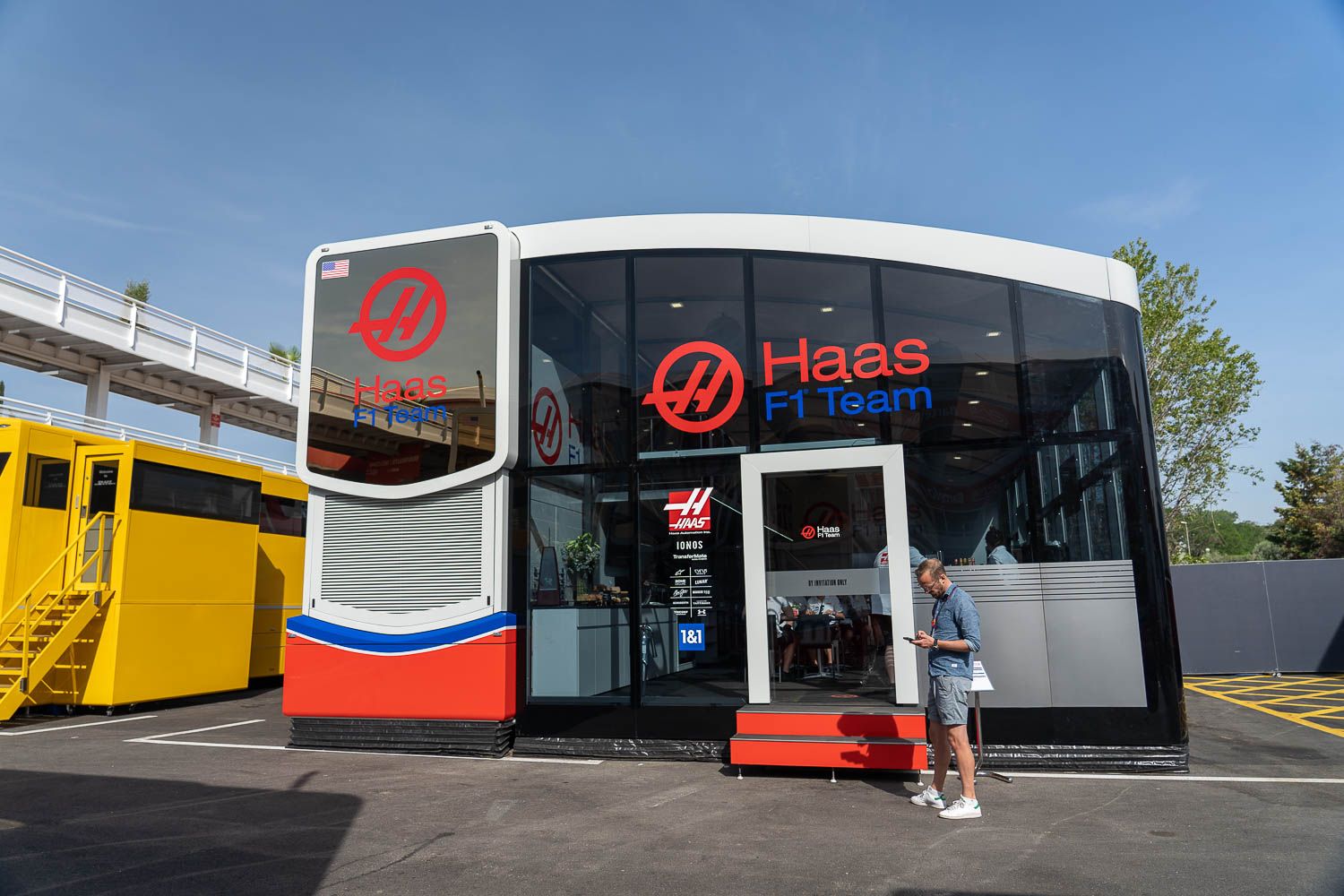 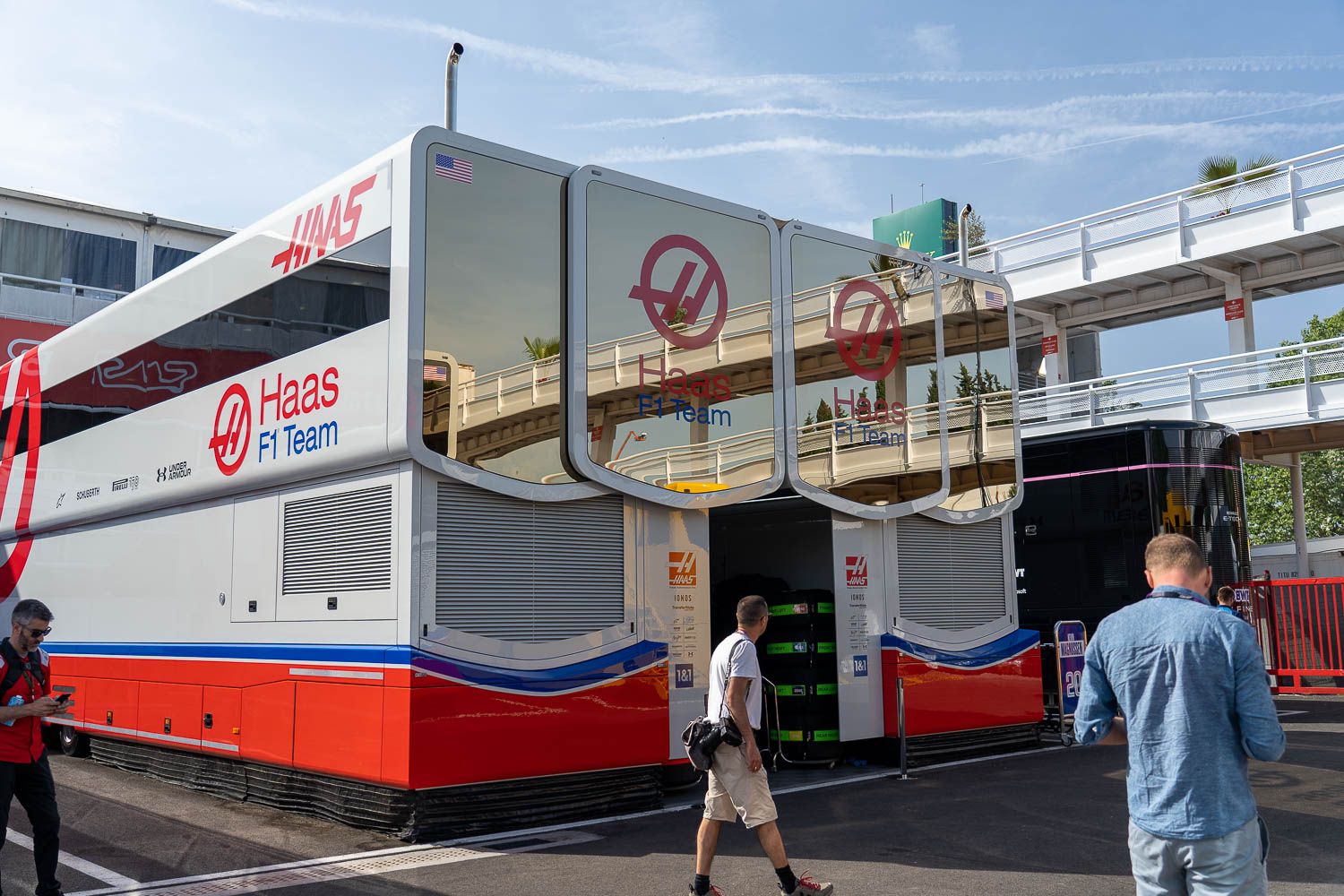 DHL’s Pirelli is one of those big F1 partners and they even have their place in the paddock. The Pirelli motorhome is as big as the teams’, as there are so many staff at the tire manufacturer’s site. DHL is more discreet. 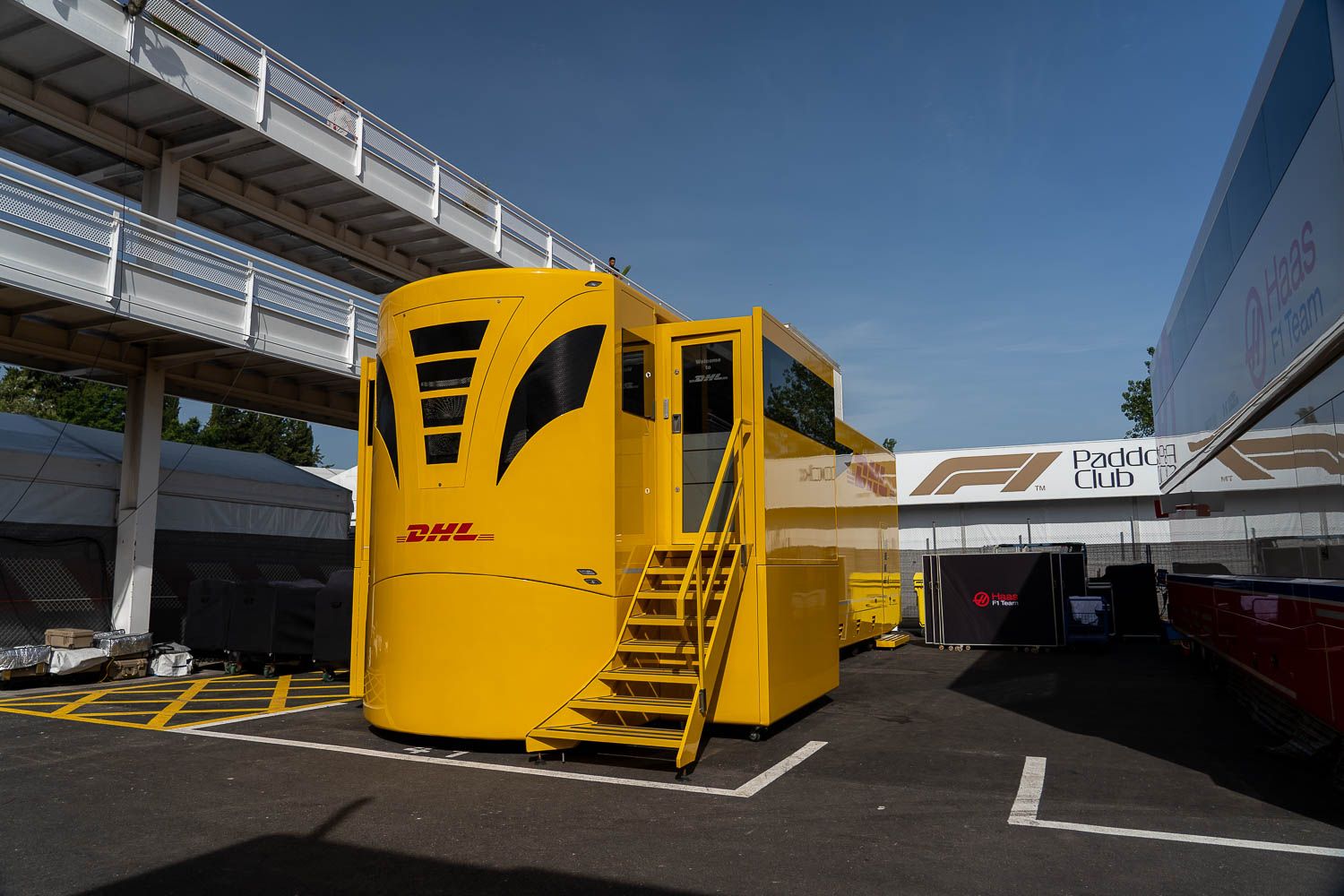 A place of storage and transit

Photographers in the F1 paddock on the lookout as soon as a driver enters the paddock: 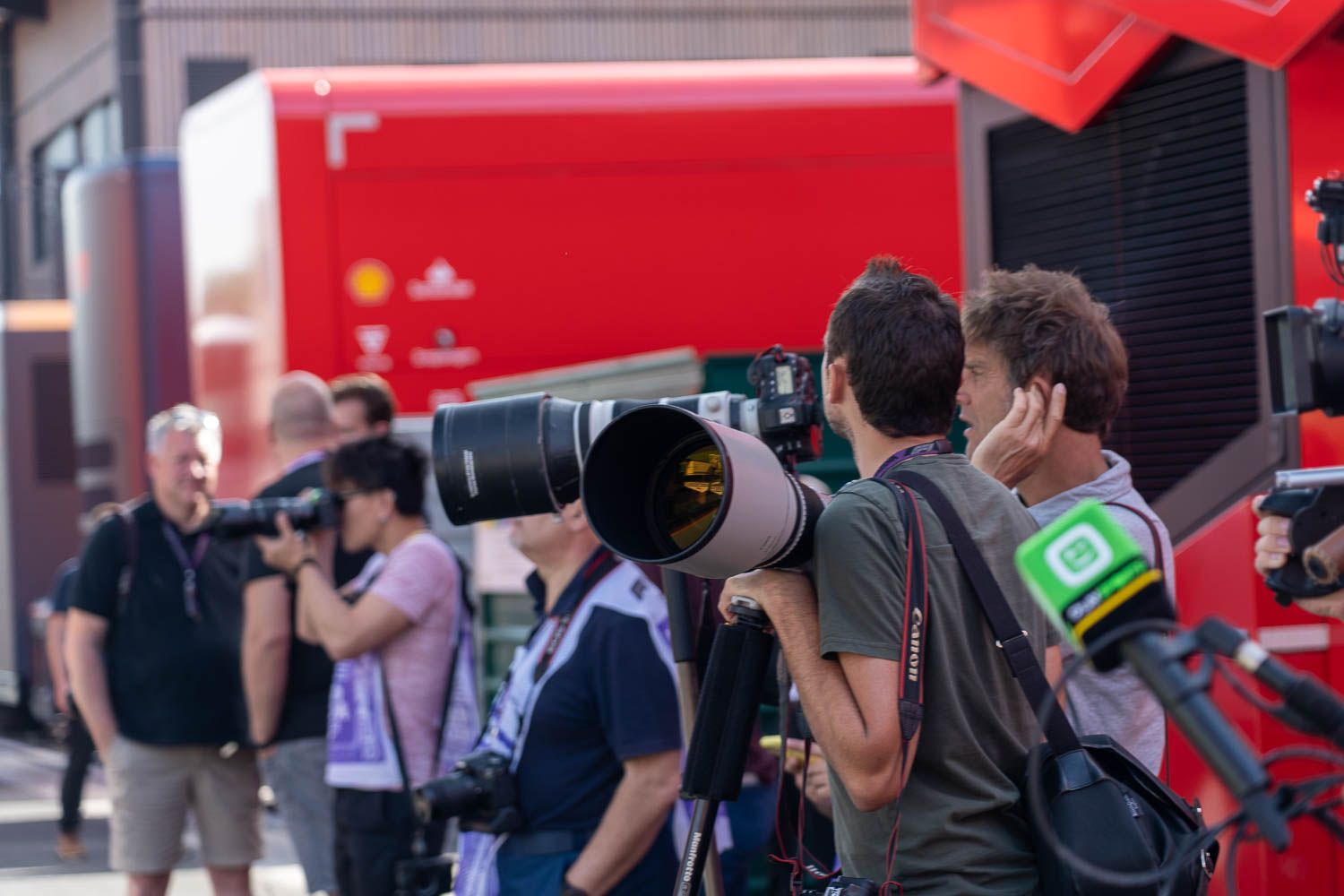 And one of the two entrances to the paddock – you see barriers where you have to present your badge as an accredited journalist, VIP, guests, staff, etc… Less intimidating than club fissioners, right? 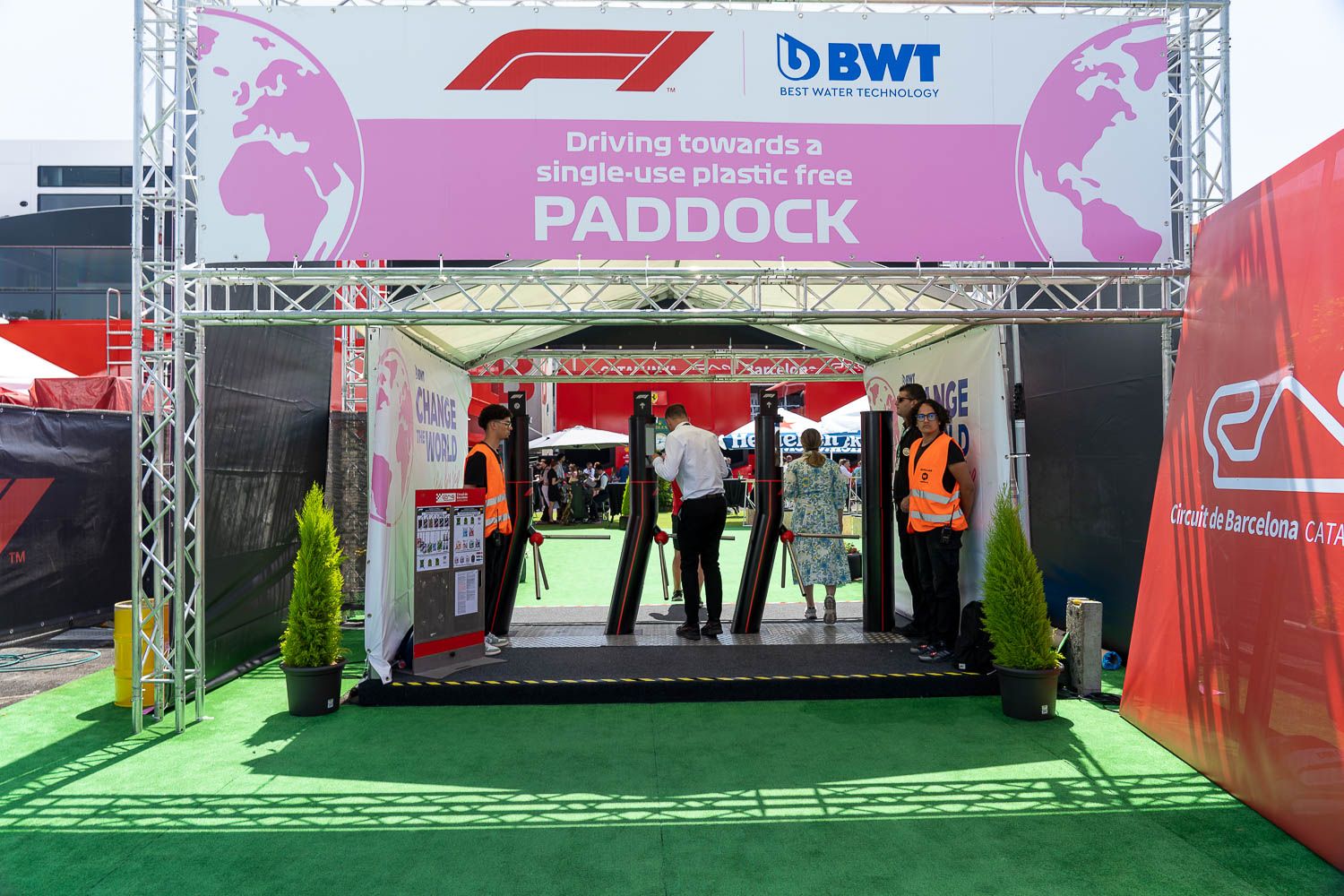 Many team members go through the paddock to move and retrieve equipment. It’s also where pilots breeze through to get from their workspace to the garage, or from the garage to their hotel. As the press conferences are now outside in the paddock, we also see them circulating through this restricted access area more often. 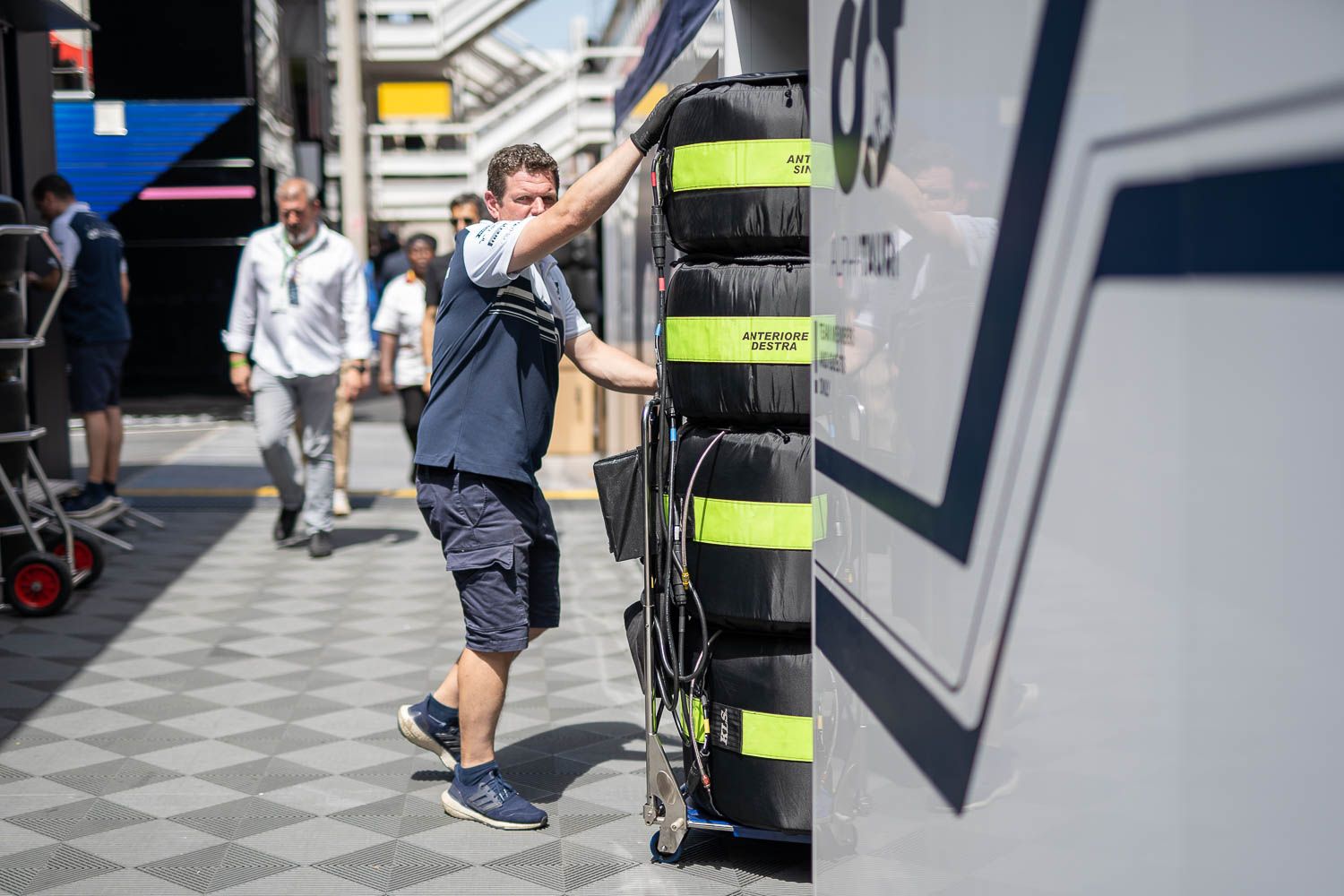 Finally, when all this equipment has to be stored or installed, the paddock becomes a very important logistics area with even the return and return of a pallet truck or quad to facilitate the movement of a cart , for example. 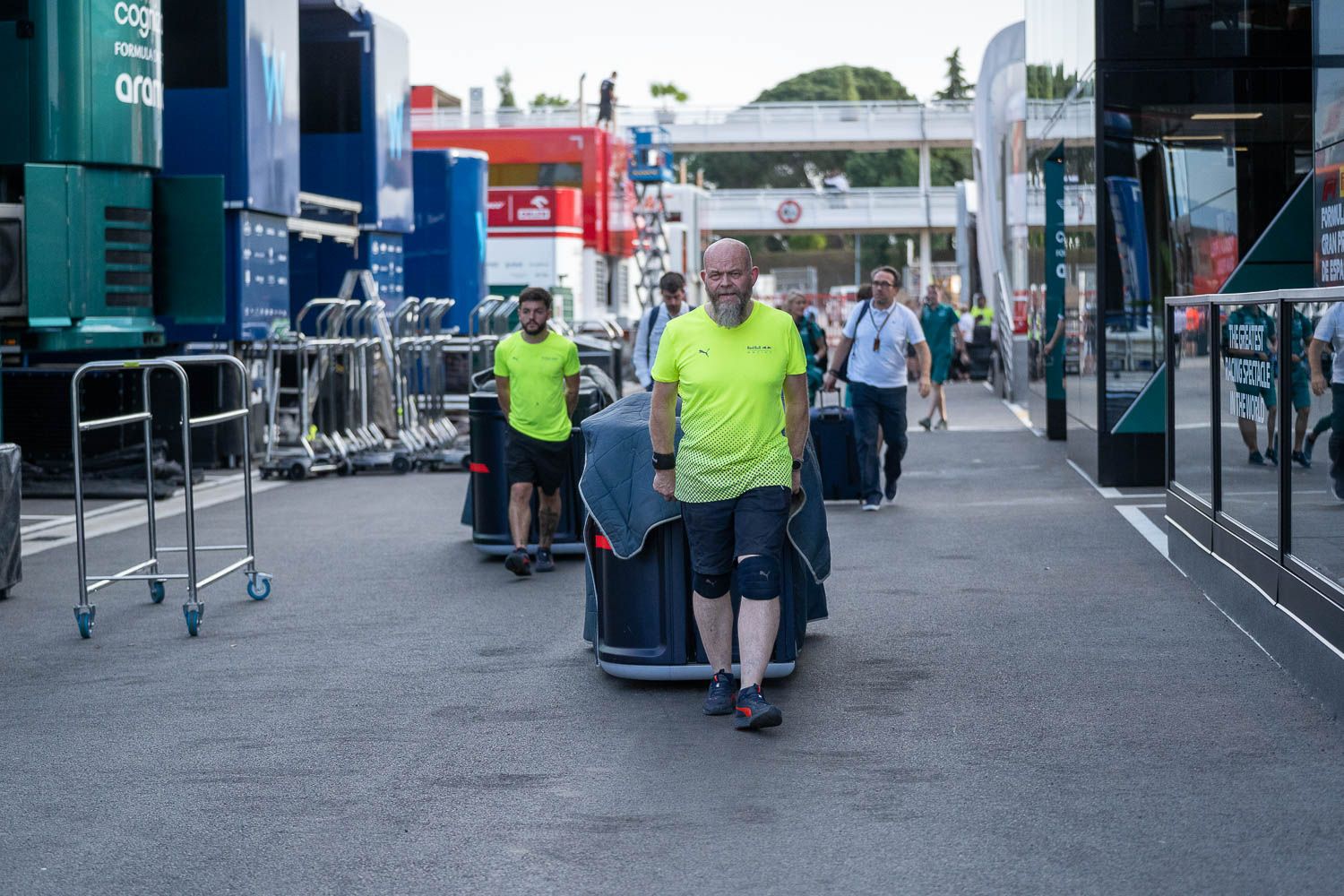 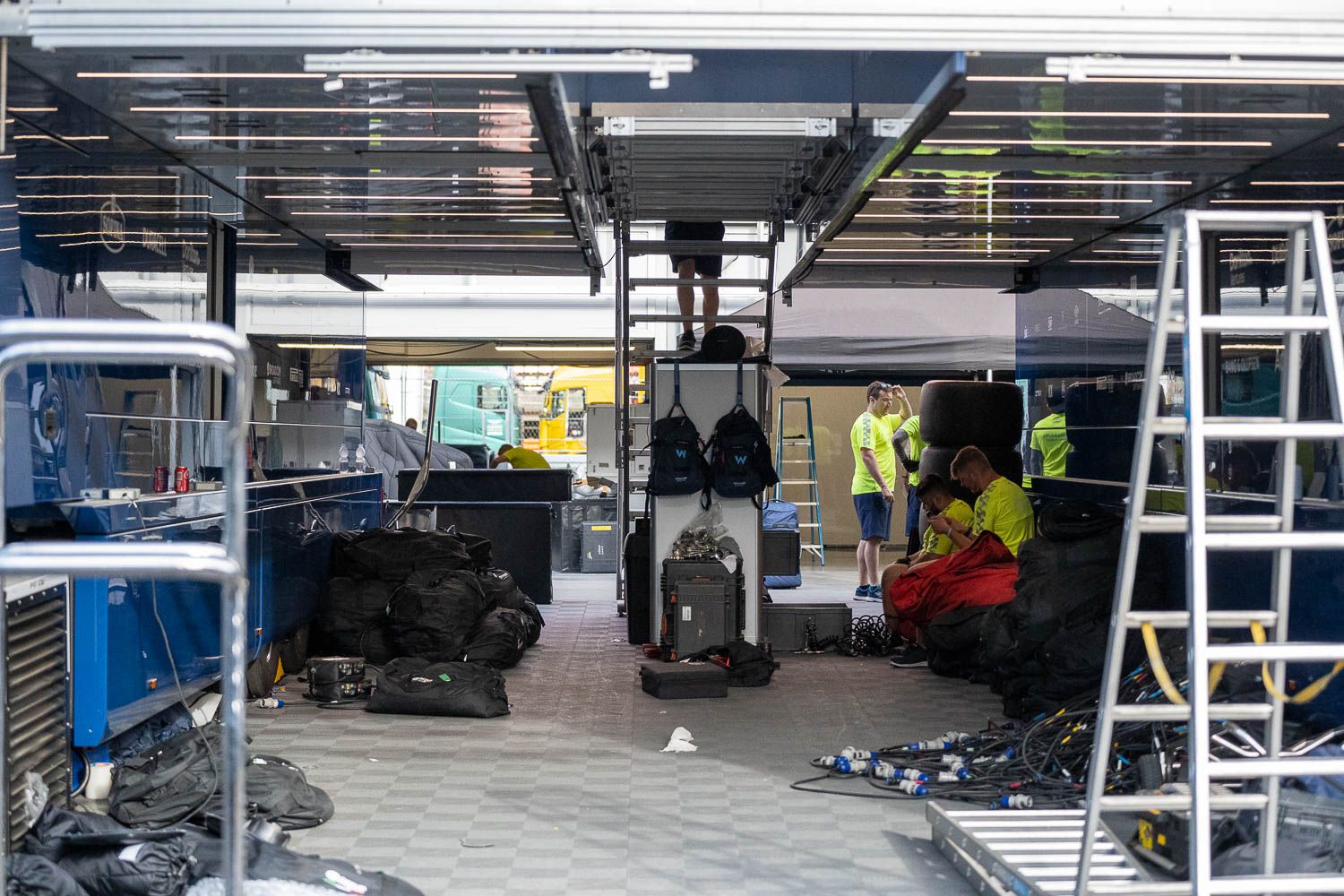 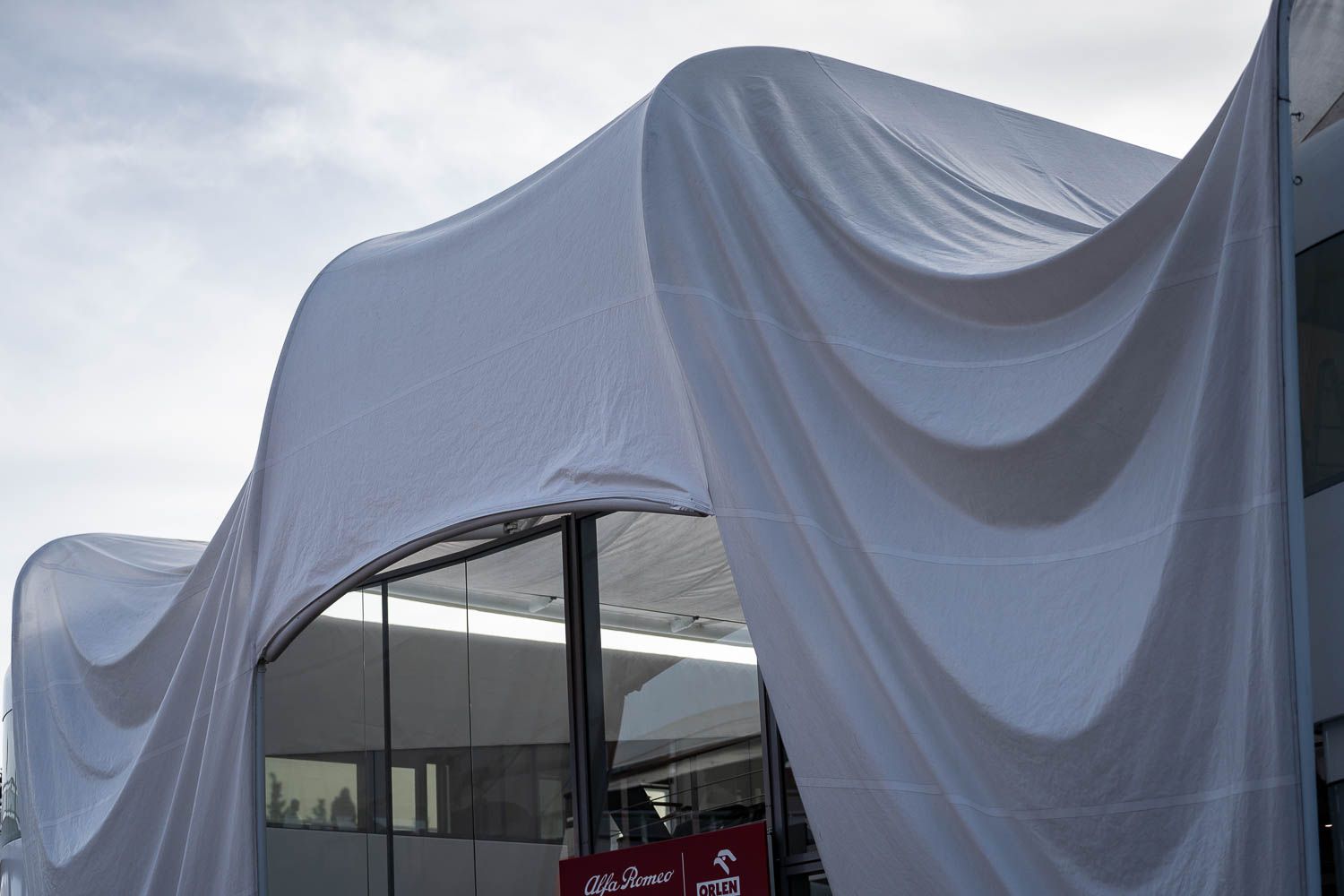 The paddock is already installed a few days before the start of the Grand Prix. Riders who usually arrive on site Wednesday evening expect everything to be properly installed. The first trucks usually arrive the Sunday before or even the Monday to start installing their super structures. All set for Wednesday or Thursday.

In fact, as part of its 2030 target of zero CO2 emissions, F1 plans to ban trucks for infrastructure such as motorhomes that only serve hospitality. As is the case with Grands Prix outside Europe, the circuits would be obliged to provide sufficient infrastructure for the F1 teams.

Ranking of the biggest F1 2022 motorhomes by team

In order of the space occupied by each of the motorhomes, here is the ranking from largest to smallest:

Find all our day and night photos of the F1 2022 paddock in the attached photo album.