Honda is about to have its worst ever season in MotoGP. Their results are half-assed, their technicians no longer know which tip to take their RC213V, their riders wear out, fall and get hurt. A slump identified by last place in the constructors’ standings after 11 Grands Prix. The top HRC rider in the mid-season standings remains Marc Márquez, 13th with 60 points, who missed five races and will no doubt retire until the end of the year… The rider who replaces him, who is also the tester of the winged shield Stefan Bradl takes stock of the situation and gives information about the upcoming changes, which will be all the more significant since they will not only be technical, but also cultural…

Stefan Bradl has already rushed to the HRC stretchers at the end of his German Grand Prix which finished last with a burnt foot. Furious against this RC213V that brings only suffering and disappointment, the test pilot demanded that the first manufacturer finally decide to revise his copy. Everyone heard this cry of revolt, but from Japan, was it heard? even understood? An aspect of the problem that should not be taken lightly and that shows the depth of the crisis honda.

On this aspect, Stefan Bradl reveals to Speedweek: “ we have to think about where and how we can improve technical update response rate and also with regard to communication between the team and the pilots. Nowadays it is not so easy for a Japanese factory to develop everything quickly enough and react accordingly to new demands. For the Japanese, the highest priority is that nothing is brought onto the track that has not been properly tested. Nothing should happen. In this sense, the Japanese are perhaps a bit more conservative. They are not as brash as maybe Ducati, Aprilia or KTM. They don’t dare to try big changes “.

The German adds: it is a great advantage for European manufacturers to be able to communicate with their pilots in the local language. Ducati and Aprilia technicians can speak Italian with the riders. It’s an incredible advantage. As a result, there are very few misunderstandings. Communication with the Japanese is not always easy. And it is not easy for pilots to convey their exact feelings in a foreign language. All the Spanish Ducati and Aprilia riders speak excellent Italian “. But there’s also this: the development is done by the engineers before making any statement about it “.

Stefan Bradl: I’m overwhelmed just to know where to start”

In fact, you need to work on content and form, men and technique, culture and skills. A true cultural revolution that will begin with this acceptance, in Japan, that everything that has worked until now has become obsolete…” There are many areas of activity and works to think about. It’s not easy. As a pilot, I’m overwhelmed just knowing where to start. But something will move. Alberto Puig made it clear “.

In the meantime, we’ll have to drink the chalice to the scotch…” I don’t think we can have high expectations right now. It’s hard to get a fast race pace on this bike. It is much easier for the Ducati riders and Aleix Espargaró in Aprilia. For now we’ll just have to limit the damage and try to make the most of it. Neither practice nor race speed suits us Anyway, everyone at Honda was hoping for better this season “.

Stefan Bradl ends by recalling the current big problem with the RC213V: “ front wheel slippage is our general problem at Honda. So far, we don’t know exactly how we can control this problem. We can only keep working and try to improve the situation “. A job that will have to be done for now without the designated guide Marc Marquezrecovering from his delicate and definitive right humerus operation. 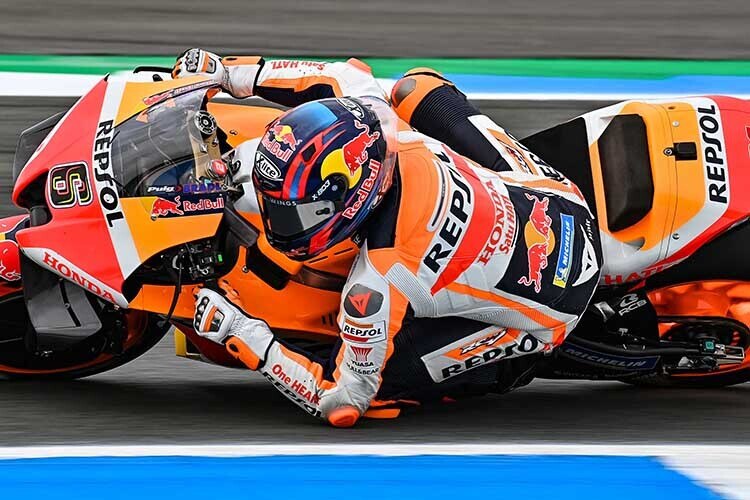