This intervention by Jorge Martin somewhat undermines the idea recently developed by Luca Marini that the riders’ paradise is in Ducati, the manufacturer that offers a motorcycle capable of offering glory to everyone. In fact, Valentino Rossi’s half-brother has pointed out that every driver of a Desmosedici can shape it by hand, a comfort that in no way influences the good performances that are otherwise really shown on any track. This, with the condition, however, of not having a model with 2022 engine that complicates things if we judge by the words of the driver of Pramac …

To understand this situation, we have to go back to the first Grand Prix of the season in Qatar where Ducati created a validating surprise for its official pilots, and therefore for the season, a kind of hybrid engine consisting of parts from 2021 and 2022. A feeling because, on paper, it was the Pramac satellite machine that it suddenly became one, the brand’s most advanced Desmosedici in MotoGP. Not the factory one. After eleven Grand Prix contests, we discover with the valuation of jorge martinthat this last-minute reversal was justified.

The 2018 world champion says: ” I didn’t have any good feelings with the 2022 engine we’ve been using since day one. And it always gives me problems “. Specifies:” comparisons with factory equipment are difficult because the engines are different. At the moment there are three different Ducati on the track. When it comes to working, I’m a little alone with Zarco who is upgrading this engine. It must be said that we have suffered a significant lack of adherence, especially in the first part of the accelerations … This year, we didn’t have a perfect preseason at the engine level “.

But what are the issues with the 2022 engine? ” With this engine we have a lot of difficulties when it comes to traction. We try to improve grip, but when we do we lose in other areas. “, explain Martin. ” If we look for more sensations on the front wheel, we lose grip on the rear wheel. It is very difficult for us to find a good base. Sometimes we go down the path of ‘Pecco’ or Jack. All in all, it’s a different bike. We are a little lonely in that regard “, points out the driver of Pramac who finishes:” I hope Ducati understands the situation and can help us. They do their best, but having so many different versions in the field doesn’t make things any easier “.

With this lighting, we understand why Ducati do not rush to appoint the next team member Weather in Pecco Bagnaia. Because there are certainly the physical concerns of Jorge Marín which prevents you from offering your best level. At this level, Spanish also says: I still have a bit to do. The last two races, I even ran with the points. But I will try to recover for the Back to School Grand Prix at Silverstone But there is also a new GP22 that is not so successful that it is in the red box in “degraded mode”.

Decision makers are aware of this and want to give every opportunity aa Jorge Marín in whom they truly believe. Even against Enea Bastianini who won three of the eleven races this first part of the season but with a GP21 which Weather in Pecco Bagnaia he himself said: the GP21 is ideal for beginners in MotoGP. The bike was already very competitive last year. When I made my MotoGP debut season in 2019, my bike wasn’t as good as this one “Said the 2021 MotoGP world runner-up. 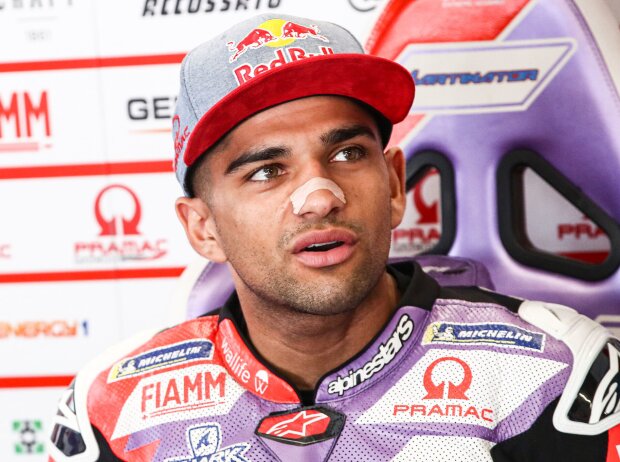