Like the old veteran that he is, and asserting his position as dean of the MotoGP plateau at the age of 33, Aleix Espargaró is delighted with the stage being built within the Ducati troops for the five races that remain in this undecided MotoGP season. . The Aprilia official is the only one of the close leading trio who can claim to have scored in the last 25 races. So it has consistency and solidity on its side. On the contrary, he half-heartedly admits that he has slightly better drivers than him. However, the fastest does not have the fastest bike, while whoever has the fastest machine has to face a fellow fast brand who plays it for himself. So, in the middle of this fight, the Spaniard is seen doing well…

It is a Alex Espargaro concentrated and with the feeling of success for the one who presents himself in front of the gates of Motegi, which open for the first time since 2019 in a MotoGP Grand Prix. It must be said that his last competition in Aragon was a succession of events that could have gone wrong. Instead, he found a lost podium from Italy and took advantage of the championship leader’s exit Fabio Quartararo in a slump to close to 17 points…

The omens are thus favorable to him, contrary to his teammate Maverick Vinaleswho did not escape bad luck in Alcanyís, comments on his arrival in Japan: it was good to be back on the podium, with the result a good boost of confidence said of Aragon. ” After the two crashes on Friday and the fight with the pack, it was a great race. During the Misano trials, we’ve improved on straight-line braking, which is clearly dependent on grip and tires, especially at the rear. “.

For this sixteenth round, declare: I’m not too worried, we haven’t raced at Motegi for a while but it’s a track I like. The wet conditions predicted are not ideal for anyone and we will also have to figure out how to adapt as it will be a complex weekend due to the different schedule. We’ll have to see who will best adapt to these conditions as quickly as possible, because we will not have FP1 in the morning. It’s going to be a tough weekend “.

Aleix Espargaró: Ducati? We’ll see how they do »

He adds: ” the fact that I have competed more than others here does not matter. In 2019, Quartararo came within a second of Márquez as a rookie, and compared to last time, a lot has changed. The bikes have improved a lot since 2019 and there are also new Michelin casings, I think this will all be quite new to everyone “.

Then it comes to the mental aspect of this end of the journey…” In the middle of the season, when I started to get on the podium in every race, I started to feel pressure because I realized that I had a chance to fight for the title until the end. But now I’m more relaxed, I’m enjoying this year with my family, whether I’m competing or not. I will never forget a single minute of this year in my entire life. I’m relaxed, I know I’ll get my chances, so I’ll keep doing what I’ve done since Qatar: don’t make any mistakes, take what you can and keep calm “.

And since we’re talking about pressure, he shrugs it off again Ducati…” There is Enea Bastianini who has a very high speed, he has already shown it in Misano and Aragon, and he also has a very solid bike. Anything can happen in this league. It won’t be easy for Ducati to figure out what the situation is and how to handle it all.. He’s clearly a title contender if you look at his points, but Pecco has more than him. We’ll see how they do. Enea is very fast, but with 48 points off the title for just five races, it won’t be easy. “. 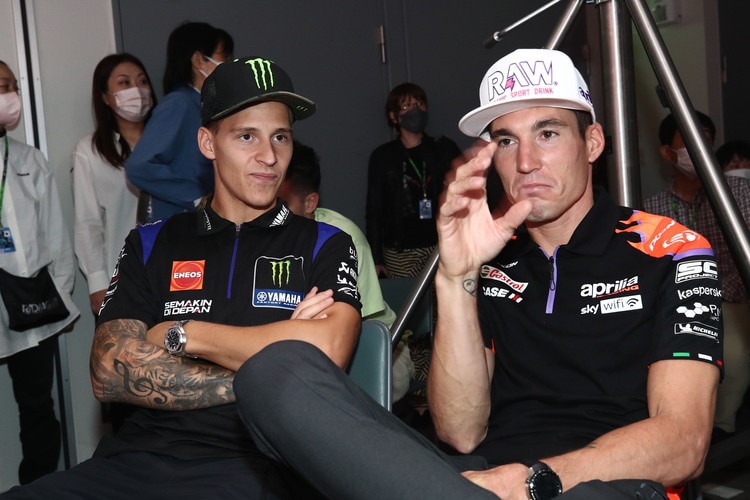