Brad Binder is now KTM’s solid benchmark. Can the best tactics of the best drivers also work for the Austrian team?

In current MotoGP, there are two “currents of thought”: several competitive riders, as can be seen in Ducati, or a single attacker. In the latter case, the importance of Quartararo i signalfundamental respectively for Yamaha i Honda. But we can also put the situation KTM in this category. A brand not yet at the level of the two Japanese manufacturers mentioned, but we can say Brad Binder he is now the reference man for the Mattinghofen company. We also remember the choice to have him sign a long contract last year, blocking him until 2024. In a MotoGP where we are talking at most of a two-year deal, it was certainly not a fortuitous decision. Can the best tactics of the best drivers also work for the Austrian team?

One of the weaknesses of KTM it is certainly the qualification. In a class where starting position on the grid is increasingly crucial, this is certainly a big problem. Apparently, though, not so much for Brad Binder, who since his arrival at MotoGP in 2020 has always managed to “limit the damage” to the race. Last year, the former South African Moto3 champion was definitely the king of the comeback 116 positions recovered in the race. But also in this financial year 2022, where this quality certainly stands out. As noted by Motosan’s teammates, in 9 of the 11 GPs he competed, he achieved more than 5 positions, for a total of 59 positions recovered in the race.

In a MotoGP where it seems impossible to advance, Brad Binder has regained 59 positions this year after 11 races

We can’t say that Brad Binder rides the best MotoGP, the RC16 is still under construction. If we add to this some technical problems he encountered in the race, his results take on even more value. It’s worth remembering the incredible 2021 Austrian GP, ​​won with slick tires in the rain, but there are still sensational episodes this year. Let’s go back, for example, to the Indonesia stage, with Binder 8th (on very wet track) despite the level correction device locked from the start! No. 33, however, gritted his teeth, winning a place that, in these conditions, is well worth a victory. At Le Mans, he is the only driver KTM to cross the finish line, despite a broken wing and therefore a very unstable bicycle. This did not stop him, however, from moving from the 18th position of the grid to the 8th position of the checkered flag!

The general classification tells us so Brad Binder is the best driver KTM in MotoGP. This was largely last year (6th at the end of the season), in this year 2022 is repeated. He currently ranks sixth with 93 points, 22 more than his teammate. Miguel Oliveira. If we look at his results, we also understand why: as has been said, his qualifications are often problematic, but in the race he shows his claws. The only real mistake was Portimao, a zero that stayed as the only one in 11 GP. The P12 for final contact with Zarco in Austin it is the only circumstance that prevents him from finishing in the top ten, which he achieves in the rest of the races. From the podium in Qatar to 10th place in Jerez, to 5th place with which he finished the first part of the championship. KTM now knows it has its benchmark in South Africa. 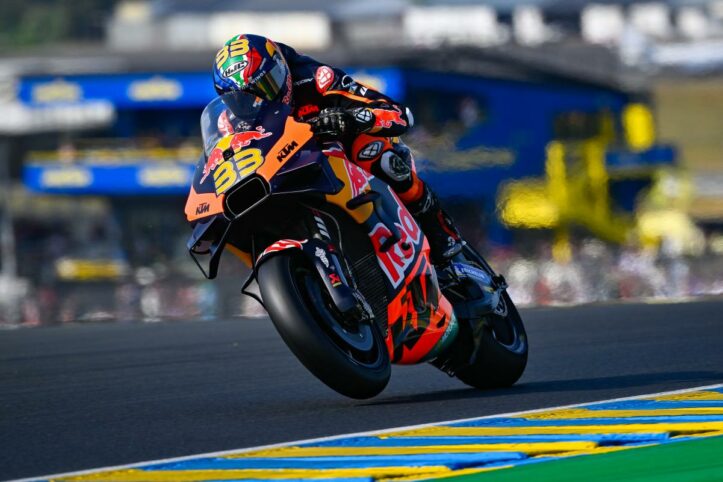