There is a trivial expression that says that when a boat sinks, the rats abandon the boat, but listening to Alex Márquez in his choice to stop his Honda adventure to join a Ducati, sounds great like this. First because it was he who decided to move, then because he recognizes that he is exhausted in a directionless environment. The most difficult thing for HRC will undoubtedly be the passage where the little one of the Márquezs clarifies that he received the support of his older brother Marc Márquez, a fact that will revive many rumors about after 2024 …

But we are still in 2022 and Àlex Márquez determined his future for the year 2023. On engine activation, we read his explanations of what led him to change course. Because it is not Honda who questioned him but the pilot who asked the manufacturer … I spoke to Lucio Cecchinello and told him this I didn’t see myself on that bike, which was my choice and that he did not know if he was going home or where. But he no longer saw me here. I need a change. Mentally we had a very difficult season and a half and I needed a change, and that change will help me a lot. “.

He adds: ” I had no motivation to continue, I’m super happy with the team but I didn’t see myself there, mentally I needed a change to keep growing as a driver and as a person and with the Gresini team I found the best package to keep growing and keep growing. get results with a bike that we know works “.

Say again: “I think it’s the best option I could have on the table, so I’m happy. Now with the future closed, I will be able to go on vacation and try to finish the season in the best way possible “.

The rest of his argument will no doubt lift the tricks of a certain Alberto Puig… because it speaks of a Ducati which, a priori, is the most universal bike and which adapts to different riders as described: ” until you try a bike, you don’t know how it will fit your style, but with the Ducati, we find that riders with different styles have been adapting. They’re more or less consistent but they’re all fast at some point, so it’s a great opportunity. Sometimes it is clear that you doubt yourself. What better way than to have a Ducati and if next year doesn’t turn out the way it should be, I’ll be the first to say I’m not good, that I’m not destined to be here “.

Àlex Márquez: Honda, is a factory that has been lost right now”

“ In 2020 I think I showed the level to be in MotoGP, I am a double world champion, but all this has to be demonstrated on the track and that is why I made the decision, I think I can do well there, otherwise I would not. they have made the decision ” he insists Àlex Márquez. ” But first we have to end 2022 “, remember.” I will continue to give my best on the track because I have a contract and I am a professional “.

The decision to change the brand takes him professionally away from his brother Marc, linked to Honda since he joined MotoGP, which has already been commented: Marc asked me what I wanted, if he saw me at Honda or not, I told him I needed a change and when a decision is made, we support each other and he supported me, as a normal brother would “.

Àlex Márquez ends with words that will seem harsh from Japan: ” Honda, is a factory that has been lost right now, but if one brand can react it is Honda. Mentally and personally I needed a change, to keep growing and that was the best option I had. I shed a weight on my shoulders, I wanted to go on holiday in peace, I need to rest more than ever “. 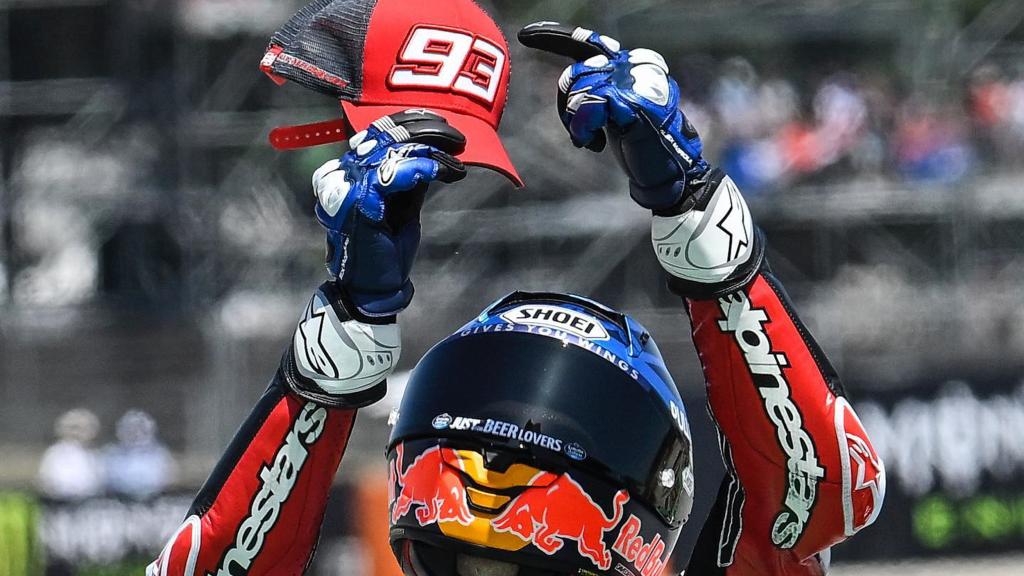