The decoration has changed a lot in fifty years. On July 24, the circuit Paul-Ricard de Castellet (Var) and its long strips hosted the 2022 French Grand Prix. In 1972 it was departmental road 5, overlooking Clermont (Puy-de-Dôme ), with no more clearings than the void or the embankments, which hosted Formula 1 for the fourth and last time at the Charade mountain circuit.

“One of the most beautiful circuits in the world” as was immediately said, and without exception, by all the former riders interviewed who had the opportunity to slalom between the Puys de Charade and Gravenoire, along a route of 8 km (he’s only four today). ). “It was such a complete circuit,” testifies legend Henri Pescarolo (56 GPs in F1, four-time winner of the 24 Hours of Le Mans). All the difficulties one could dream of encountering in a circuit were found in Charade. And all this in a sublime natural environment.

The road to the cemetery

On Sunday 2 July 1972, the day of the race, 50,000 people were counted around the circuit. “There were a lot of people,” recalls Max Mamers, then Formula Renault driver at the curtain raiser. 50,000 spectators is still the record for a Charade car race, but does this figure really take into account all the spectators? “We went up from Royat through the forest through the cemetery with a path that lands directly on the descent of Gravenoire,” says Jean-Paul Taillandier, vice-president of the Agissons for Charade association, which attended the 1972 Grand Prix When we went to the circuit, we passed and never paid. Everyone who knew the area passed through this road. »“It was full of people,” recalls Max Mamers.

However, there were many ticket controls along the circuit but without much success. “In Les Jumeaux, where the road left, there was a controller on Sunday, he adds. But he quickly realized it wasn’t worth it. I was going to tie him to a tree if he said anything! »

For this circuit lover, it was Friday’s practice that marked him. And a picture: “I was at the Manson curve and I remember the three Tyrrells passing in single file. Jackie Stewart in the lead ahead of François Cévert and Patrick Depailler. And, lap after lap, they passed faster and faster. I still have goosebumps. »

A route learned in a tourism

In front of his two companions, Stewart, who had already raced three times in F1 (1965, 1969 and 1970) and once in F2 (1964) in Charade, the guide Cévert and the local Depailler, for whom he was the first F1 race, through this long and difficult road. Especially difficult to memorize: “It was complicated to know the memory circuit, confesses Pescarolo. Even while we were filming a lot, we were constantly discovering new things. »

Receive our personalized Terre de Sports newsletter by email and find news and results of your favorite sports every Monday.

So everyone has their own technique. To Tyrrell, team spirit. “But the team spirit was not the same everywhere, recalls Pescarolo. Competition existed between colleagues. Above all, the work had to be done upstream. “There was no simulator at the time. We learned the circuit by driving in a touring car the week before. Then when we found it at F1 speed, we had to learn it again. It was a lot of work memorization to be comfortable on the circuit. » 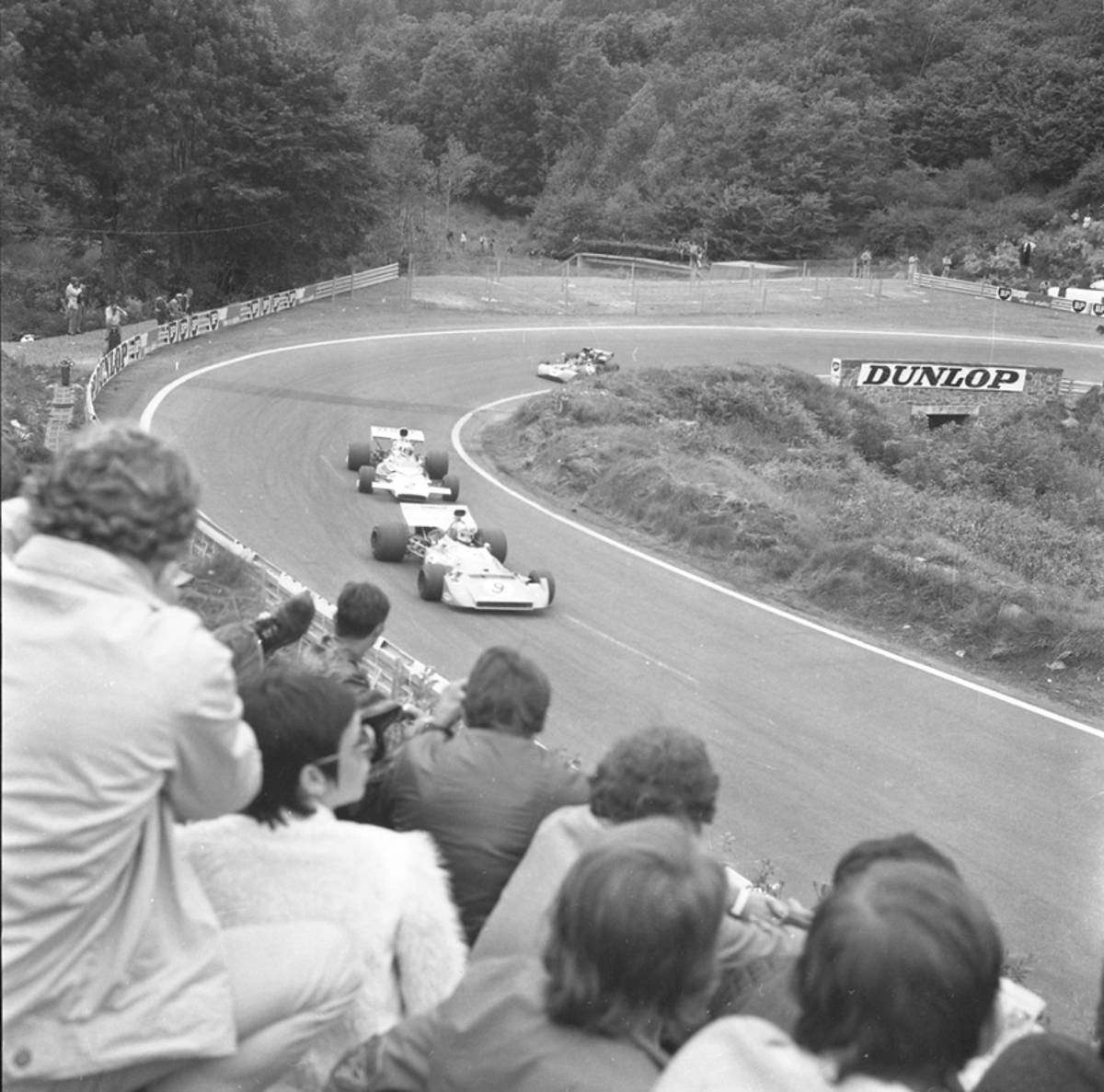 All this, without the free spaces of modern circuits. “On the descent from Gravenoire, on the left there was the hole and on the right the embankment”, summarizes Max Mamers. “And then, as was obvious at the time: there is no possibility of leaving the road”, adds Henri Pescarolo, the safety standards are not at all up to date.

Several French drivers will bear the brunt of it during the test sessions. François Cévert, to begin with, Friday. Although he set the fastest time on this first day of testing aboard the new Tyrrell model, the 005, he folded his machine at Tertre de Thèdes and was forced to start on Sunday with an older model, the 002 , with which he will still manage to finish fourth. “He had made a good smoke of Tyrrell,” laughs Jean-Paul Taillandier.

Pescarolo will also leave the track on Saturday. “I was following Nanni Galli at the top of the climb. There is an “S” that was taken at full speed, at just over 250 km/h. And this idiot, he goes inside the two ropes! It kicked up a cloud of dust that plunged me into a complete fog. I lost both ropes and went off the road. No injury, but his BRM from the Williams team is broken and he will not be able to start the race on Sunday.

Broken eye and end of career for Helmut Marko

These corridors will also cause a lot of ink to flow. “Some areas around the slides had been left unpaved,” said the late Patrice Besqueut, in his book Charade, the most beautiful circuit in the world. Composed of “gore”, a friable rock, then hastily paved over at the drivers’ request, the inside of the bends remained very unstable.

Jackie Stewart was in vain to remind his friends that the white lines had to be strictly respected, materializing the limits of the track, it was difficult to keep his gladiators from the road. “With the width of the tires at the time, as soon as the guys got off a little bit, they put gravel back on the track,” says Mamers.

Gravel that caused a dozen punctures during the race and, above all, the end of a driver’s career. Helmut Marko’s. While battling with Emerson Fittipaldi, the Austrian, now known to be in charge of the Red Bull team’s detection program and mentor to world champion Max Verstappen, is hit in the face by a rock. “Our helmets and goggles were not as strong as the ones we had later. A gravel pierced his glasses and took out his eye”, says Pescarolo, who points out, however, that gravel was common on circuits at that time.

“Amon was excited as if he had won”

In Charade, however, they partly dictated the outcome. “The hero of this great motoring event was not the one who had the right to flowers,” wrote Robert Rolhion in La Montagne. That hero is Chris Amon. At the wheel of his Matra, he set the lap record in training (2’53”4) and in the race (2’53”9). But a puncture forced him to stop 50 seconds when he was alone in the lead and he had to settle for third position. “During the lap of honor, Stewart, Fittipaldi and Amon were in a convertible, and Amon was cheering as if he had won, recalls Taillandier. He was the gentleman of the weekend. “Unfortunate in the image of his career. 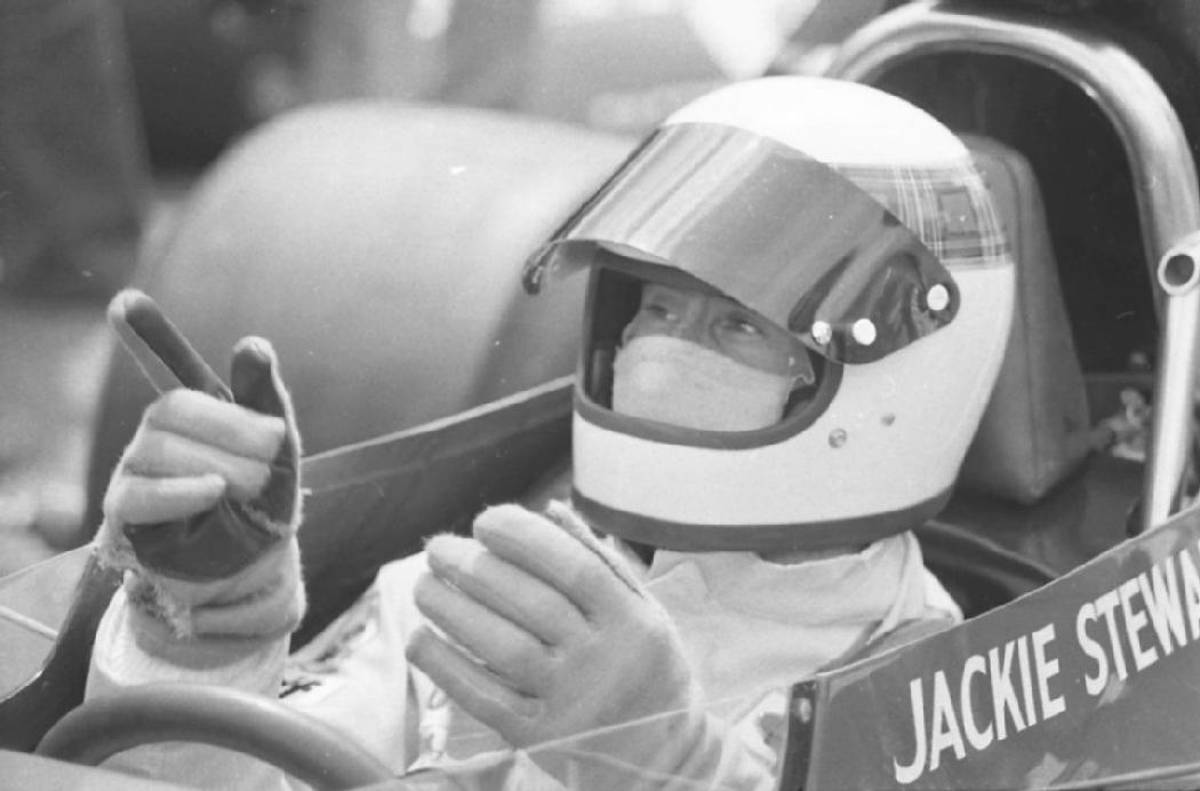 The winner, the last of F1 in Charade, was eventually Jackie Stewart. Like a symbol. Winner in 1969, he is one of only two drivers, with Dennis Hulme, to have raced in all four F1 French Grands Prix and the F2 Grand Prix at Charade. “Stewart had something impressive: every lap he passed in the same place, recalls Jean-Paul Taillandier. It was a metronome. » An essential quality to avoid the risks of this mountain circuit.

Risks that have become too great for a rapidly evolving society and sport. Formula 1 will no longer return to the middle of the volcanoes, preferring to leave its bags at the Paul-Ricard circuit, just inaugurated, or the Magny-Cours (Nièvre) circuit. The 8 kilometer route would continue to be used until 1988, before being replaced by a route half as long, more in line with current safety standards. The end of an era. The “most beautiful circuit in the world”.

A trip to Charade: an adventure

“All the difficulties one could dream of encountering were found in Charade. “Henri Pescarolo – six seasons in F1, 33 participations in the 24 Hours of Le Mans for 4 victories – has known circuits, and still does.

For him, only Spa-Francorchamps (Belgium) and the Nürburgring (Germany) are comparable to the old Charade circuit (shortened in 1988). “Courses uphill, downhill, at all speeds. Fast corners, tight turns, incredibly difficult sequences. A trip to the edge in Charade was an adventure. » 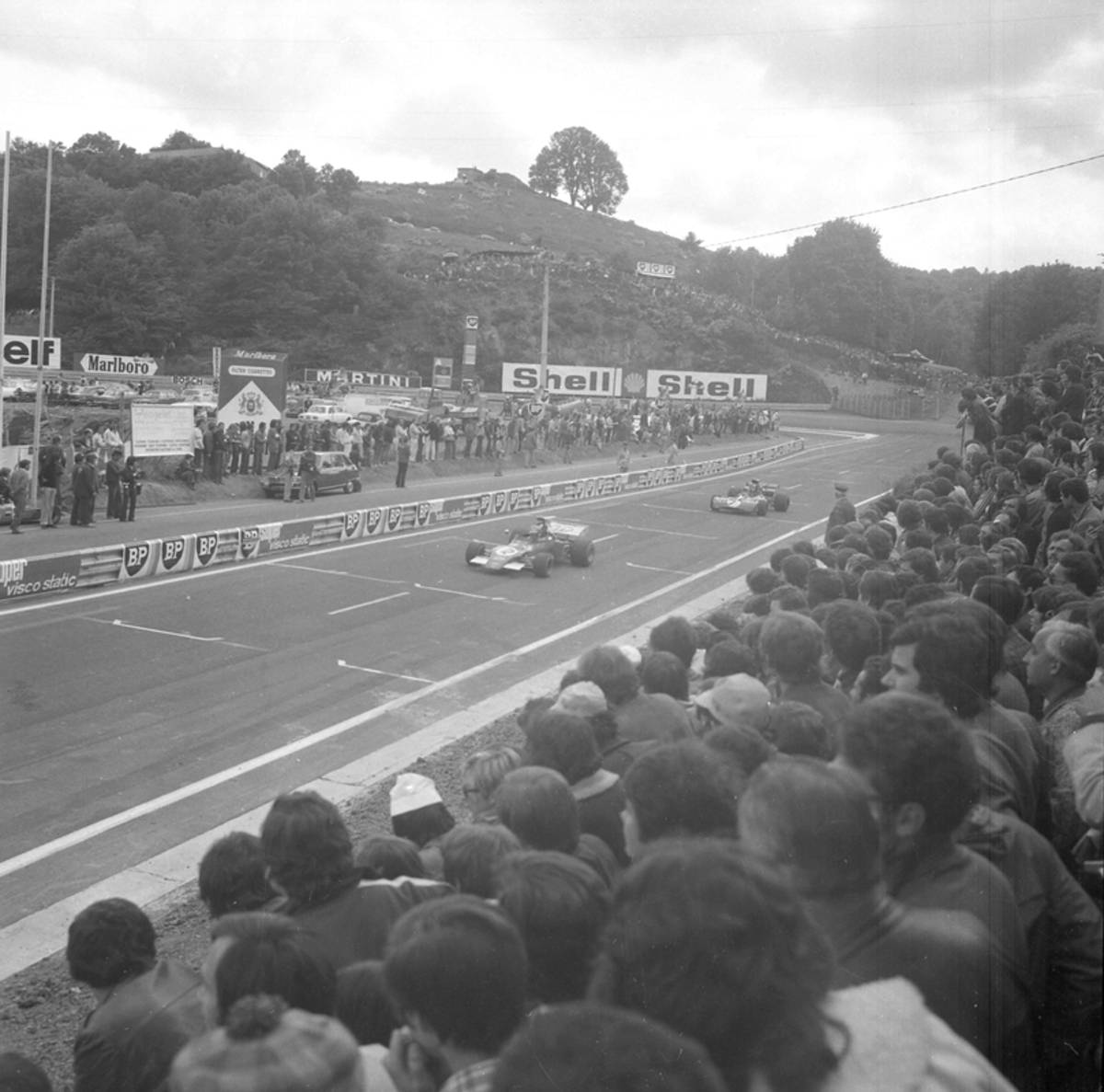 “After the left of the pits there was the big uphill straight that led to the Manson curve, starts Max Mamers. It went very fast there. » First of the circuit’s 53 turns before diving into one of the most enjoyable and emblematic parts of the circuit: the descent to Gravenoire.

“We saw the whole city of Clermont-Ferrand on the horizon,” says Pescarolo. They were very varied sequences, which happened at very different speeds, and which were very difficult to memorize. Everything looked the same but nothing was the same. So much so that the two turns to the right after the “Belvédère” inherited the nickname “Gessons”.

A full upload before connection

“All the way down, he was very technical”, adds Pescarolo. Then, the most important corner of the circuit: Gravenoire. “This bend conditioned the entire climb,” testifies Claude Michy, the promoter of Clermont, a Formula Renault driver in 1972. We had to try to get out as best as possible. “Because, at the back, it was almost 2 kilometers at full speed that the pilots were waiting for. “The climb was excessively fast,” says Pescarolo. “We passed the quarry at full speed and remained open until the Champeaux footbridge”, adds Mamers.

This is where the old circuit joins the current circuit and becomes slower. “After the connection, there is a left and a right, Mamers enumerates. Then there’s a bridge, a left, a climb, a fork to the right, a bank to the left and that’s where the big curve on the right was where all the spectators were. » In the Tertre of Thèdes. Then there is the final hairpin and one last acceleration to complete his lap. In 2’53”4 for Chris Amon. record for eternity.