Launched in 2017, the year in which this ascent gained all its popularity with the passage of the Tour de France, the timed ascent of Peyra Taillade took place this Sunday between the town of Prades on the banks of the Allier and the already famous Col de la Pierre Plantée, alias “Peyra Taillade” in Occitan, at 1,190 meters of altitude. This timed ascent is the eighth stage of the Trophée des Grimpeurs which has 14 (from the four departments of Auvergne) with a final in Haute-Loire at Lavoûte-Chilhac on 8 October.

9 km of elevation gain for just over 600 meters of elevation gain – that’s what the riders were waiting for on Sunday. This climb is particularly famous for its Saint-Bérain “wall”, with a section of more than a km at 14% on average, with certain passages at 22%… Enough to turn red for to many participants, even as a dancer! “It’s the shortest of all the rounds of the Climbers’ Trophy, but it’s also the hardest! », assures Georges Vidal, the former president of the VSB, the Vélo Sport Brivadois, organizer of the event.
This year, this climb benefited from ideal weather with good weather, not too hot and above all not too windy, an element that is always disturbing for runners after passing through the village of Le Bouchet.

The fastest of this 6th edition: Maxime Stephan, of Vélo Sport Brivadois, with a time of 27’26”, just 8 seconds behind the local stage, Thibault Aoust. Ponot Serge Mayet completes the podium in 27’54”.
Among the women, a great victory for Valérie Roche (read below), the only resident of Saint-Bérain at the start, in 36’04”. She is ahead of Marjorie Arjallier (37’32”) and Clémence Launay (38’53”).
Among young and less young cyclists, we can highlight the participation of four septuagenarians who are still in good shape. The oldest of the pilots, André Pezet, 78 years old this year, completed the climb in 42’01”. The first participant with an electric bike is 76 years old and climbed the hill in 19’45” (VAE, no general classification).

Receive our personalized Terre de Sports newsletter by email and find news and results of your favorite sports every Monday. 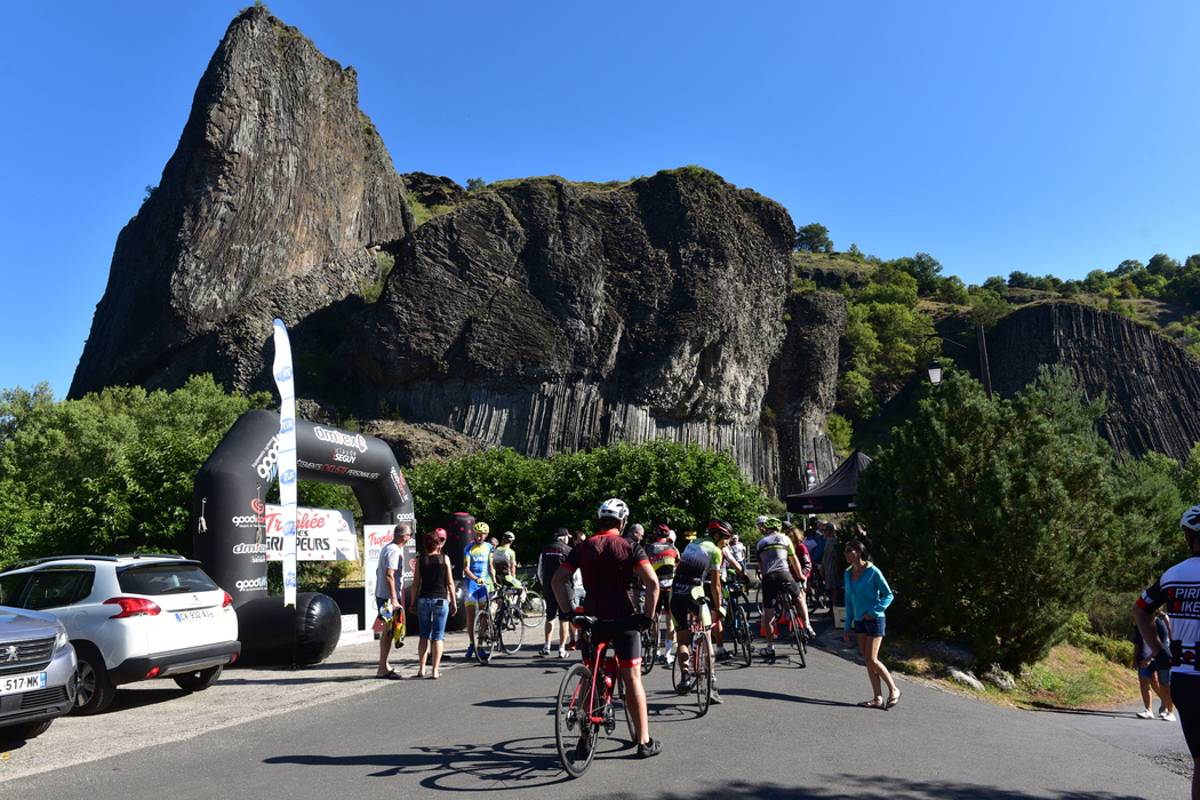 “This climb of Saint-Bérain will remain my most beautiful memory! »

Right in front of the finish line, in his 4×4, an assiduous spectator admires the runners crossing the finish line on the Col de Peyra Taillade pass: he is the mayor of the commune of Saint-Bérain, Serge Rocher.

A resident at the top

She came to encourage the runners and among them, one of the inhabitants, Valérie Roche, also a municipal councilor of Saint-Bérain. It is the only participant in the city in the timed climb. “And it’s a hell of a sport! commented Serge Rocher, proud to have on his board the first woman in this year’s event.
For Valérie, this is her second participation as she does more mountain biking. “I have to go up the entire slope as a dancer, otherwise I wouldn’t go up! she recognizes “You really need to manage your effort, because I’d need four more teeth on the last cog…” 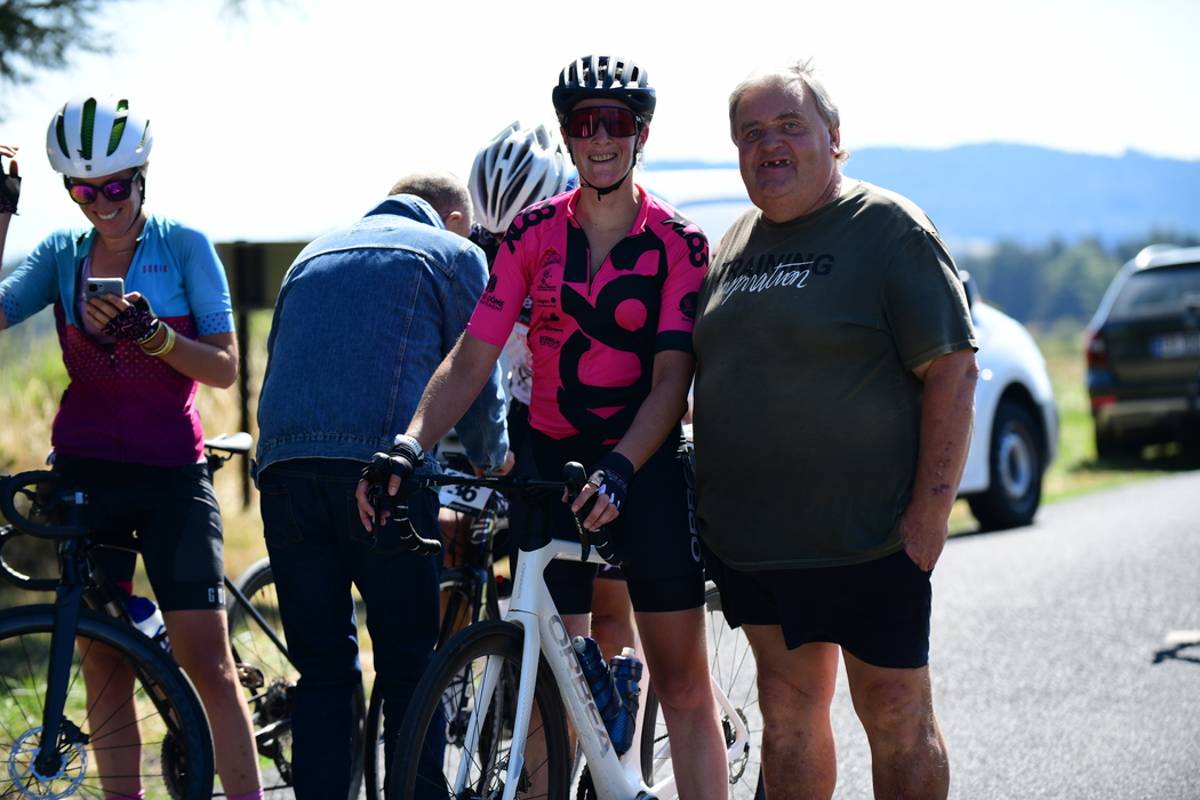 The mayor of Saint-Bérain Serge Rocher next to his municipal councilor Valérie Roche, the only local resident who participated in the event.

For the mayor of the town, this time trial is a way to perpetuate a little the memory of the Tour 2017. But for some it is difficult! he recognizes But above all, this extraordinary popular event that is the Tour de France has brought a sudden and unexpected notoriety to this small town clinging above the gorges of the Allier from which you have to leave Prades. “As mayor, whatever happens now, this will remain the best memory of my term,” said the man who is currently in his third term. So this July 14, 2017, you are not about to forget it. “It will continue to be a very unifying event. The work was colossal before, but the party was great on the day itself! According to the counts, there were 22,000 spectators spread between Prades and the pass…” An incredible crowd and tremendous enthusiasm as Romain Bardet, the native son, passed by. The images of the crossing of Saint-Bérain, with spectators even on the roofs of the houses and the town hall, still remain in the memory!

However, the 2017 Tour de France was not the first peloton to pass through Saint-Bérain. In 1997, the Critérium du Dauphiné had already faced the dreaded hill. “I remember some of the following cars had smoked clutches! And the riders laughed! Some had not been able to get on the bike, they did not have the right equipment… They were angry that they had not been warned about this climb that they had to ‘finish on foot!’, recalls Serge Rocher. This steep section (part of it is 22%) is a small municipal road with history. “A long time ago, it was just a road, maybe even a road… And then in the 1970s we needed a road to serve the lower village cores. The department had been consulted but they wanted a more winding road to break up the steep grade a bit. And then it didn’t happen, so the old road was asphalted and maintained the steep slope”, explains the mayor of Saint-Bérain.
Last year, on May 31, 2021, the Dauphiné returned to this famous coup, although the crowds were nothing like the Tour, of course. And then every year, there is the rise of the chrono. But the mayor now assures him: “the Tour de France is when you want! Now we know how to do it! concludes Serge Rocher with enthusiasm.